Is patenting a soup recipe possible? 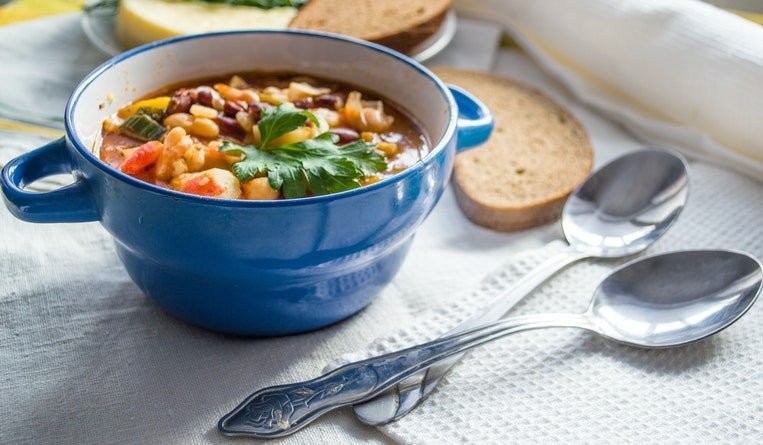 On October 12, 2016, an application was filed in the Indian Patent Office (IPO) seeking a patent for “Ragi and Walnut Soup Mix.” After two years of experimentation with various ingredients and proportions, the applicants had arrived at the recipe in question that did not contain any artificial additives and was extremely healthy. The applicant stated that their goal was an invention of a preservative-free soup, which would assist the vegetarians in meeting their body’s requirements of the iron and protein.

Of the soup patent granted by the IPO, proportions of the ingredients, the ability of the mix to preserve itself without the addition of external preservatives, and the nutrition values of the soup mix are mentioned. The patent also describes the soup in the context of it being a ready-made mix, thereby presenting an actual product with economic utility as the subject.

A cursory examination of the FER and the resulting replies shows that many of the claims in the original document were eventually deleted and replaced by a claim specifically for the ready-made soup mix. While the initial claims may sound somewhat baffling in how generic they are, the final grant was given for a much narrower and more specific claim.

Under normal circumstances, a soup recipe would not be patentable. In fact, many manufacturers of famous food products (such as KFC and Coca Cola) use Trade Secrets to protect their recipes instead of patents- they have the advantage of lasting for a potentially indeterminate period of time, but the disadvantages of people having to take active steps to keep their recipe secret, and of potential reverse engineering.

“It is generally agreed that the United States has one of the most liberal patent regimes in the world, with almost everything being patentable as long as it meets the criteria,” says Priggya Arora, Founder and Advocate, PA Legal. “A few patents have been granted to recipes that have met the criteria for being novel and non-obvious, such as for a process for freezing dough and re-using it without losing the freshness (US4761290A), a sealed crustless sandwich (US6004596A) and most interestingly, nut butter and jelly food slice (US5567454A). Analysing these patents show that the focus is on the structural parts of the recipes rather than the content. The freezing process for the dough helps retain the taste of the baked product at the end, significant since defrosted dough tastes different from fresh dough. The sealed sandwich patents a structural method of packaging which stops the filling from leaking out. Reading through the nut butter and jelly patent reveals that the focus is on pre-packaged sandwiches.”

She added that the challenges to patenting anything recipe-adjacent is novelty (recipes have been modified, substituted for and re-modified for actual millenia) and non-obviousness (the challenge of thinking of an innovation that is not immediately obvious to say- a chef, who would likely qualify as the person skilled in the art in this case).

“Most of the time, this tends to be insurmountable; a recipe patent being granted despite these limitations is always a point of interest- it draws new lines on the spectrum of what counts as innovation and what does not, and shifts existing paradigms just a little each time it happens,” she says.

If anyone is thinking of patenting a recipe, she says, they need to look into their business strategies, the potential usage of their recipe, and the kind of protection that would be best for it. “It’s possible that Trade Secret or even Geographical Indication (in some cases) would be more viable protection for your product than a patent,” she adds.