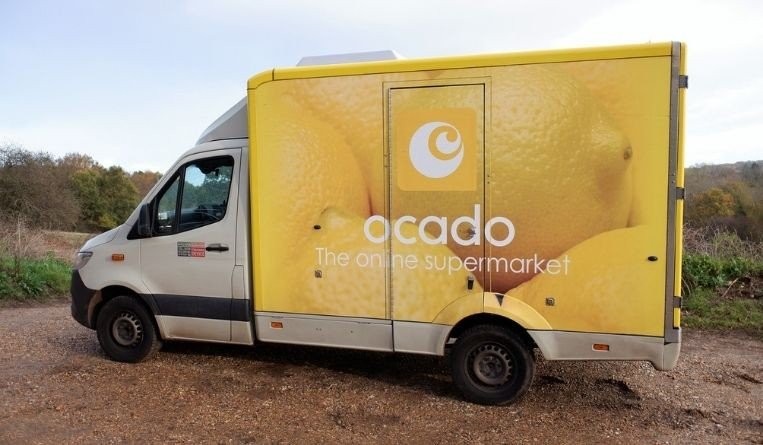 AutoStore is seeking court orders barring Ocado and its partner, Tharsus Group (of Blyth, UK), from manufacturing, importing, using and selling technology that infringes AutoStore’s patents, as well as monetary damages. Ocado has signed agreements with retailers such as Kroger (US), Marks & Spencer (UK), and Morrisons (UK) that rely on the continued infringement of AutoStore’s IP. AutoStore has filed complaints in the following tribunals:

In general, AS/RS technology has been the subject of patent applications in the US since at least the early 1990’s, Dietrich says. “Although some of the first AS/RS patents were directed to automated mail processing systems, far more companies and industries have begun relying on AS/RS technology to expedite processes traditionally requiring employee engagement. This includes not just mailing and assembly processes, but also order fulfillment for some of the world’s largest companies.”

The rise in the number of AS/RS functions and uses has been accompanied with an upward trend in AS/RS patent application filings, he says. “This has led to a wide range of prior art disclosures in this field of technology. Patent owners would do well to establish a clear priority date as soon as possible with a robust disclosure of their invention in order to not only predate other third-party filings, but to also allow for the filing of additional continuation applications in the future.”

The complaint filed with the US International Trade Commission also names Printed Motor Works (of Hampshire, UK), an Ocado supplier, as a respondent.

“Since 1996, AutoStore has developed and pioneered technology that has revolutionized retail storage and order fulfillment, and is driving the growth of online retail,” said Karl Johan Lier, president of AutoStore. “Our ownership of the technology at the heart of Ocado’s warehousing system is clear. We will not tolerate Ocado’s continued infringement of our IPRs in its effort to boost its growth and attempt to transform itself into a global technology company.”

AutoStore’s innovative AS/RS systems provide unprecedented configurability and flexibility to warehouse owners and operators. In the AutoStore system, storage bins are stacked vertically in a grid and stored in a cubic structure, with the bins retrieved by robots that travel on the top of the structure. AutoStore currently supports more than 500 installations and 18,000 robots across 30 countries, serving markets from grocery and healthcare to aviation for customers including ASDA (UK), Best Buy (USA), and Lufthansa (Germany).

Ocado too is an AutoStore customer, having first purchased AutoStore technology in 2012. Ocado’s infringement of AutoStore’s AS/RS IP – including the storage system and robots – is the foundation on which the “Ocado Smart Platform” (OSP) was built and on which Ocado’s business today is based.

Ocado infringes the AutoStore patented technology, deploying it in Customer Fulfillment Centres (CFCs) for its own online grocery business and for its customers, such as Morrisons in the UK. Ocado also entered into a partnership with Kroger (US) in 2018 to establish up to 20 CFC sites in the US based on AutoStore’s patented technology.

Ocado’s OSP infringes several AutoStore patents, including those relating to the fundamental central cavity design of the AS/RS robots; the arrangement of the lifting mechanism that enables those robots to lift and place bins in their cavities; and the robots’ in-wheel motors.

A court in Norway has already found that AutoStore is entitled to ownership of its patents covering the robots’ central cavity technology, yet Ocado has continued to pursue lucrative partnerships by selling that technology – as well as other AutoStore-owned technology – as its own.