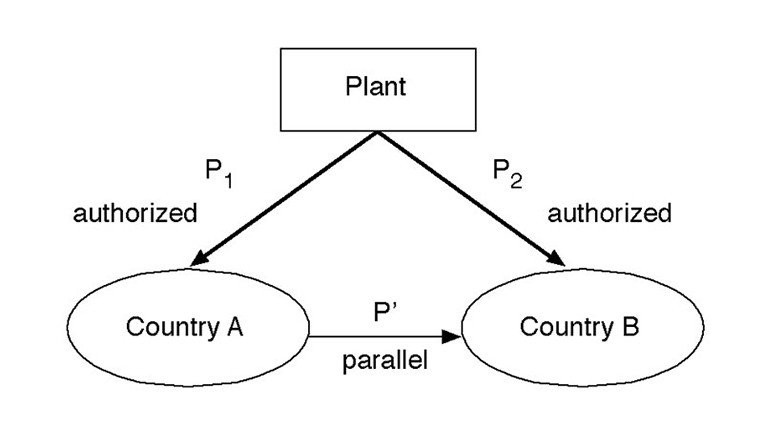 The appellant in appeal based its argument mainly on that its purchase of trademark-bearing product overseas, importation and sales of the same has exhausted the trademark right in the domestic market. As alleged, the Trademark Act clearly stipulates in Article 36(II) the principle of exhaustion, which adopts the theory of international exhaustion:

That is, importation from a foreign country of mark-bearing products which are consented by the right holder or licensee does not infringe upon trademark rights, because when they are first sold or circulated in the market, the trademark holder was already compensated from the buyer’s payment. Although the trademark is later assigned to another entity, the payment-consideration status does not change concerning mark-bearing products which were put into the foreign market for the first time. The appellant alleged that if the trademark was not exhausted, the appellant’s trust and belief in the first sale doctrine is not properly protected.

On the contrary, the trademark holder countered that the “consent” element in the cited article was so interpreted so as to be one traced back to a holder entitled to a Taiwanese trademark. Here, trademark rights of the same word mark and device mark belong to different entities in Taiwan and the foreign country. The foreign trademark holder must even acquire the Taiwanese counterpart’s consent if it intends to import products bearing the same trademark or trademarks into Taiwan, let alone a third party purchasing the products at issue, which are not from the Taiwanese right holder. In short, the appellant’s importation and sales activities were not in compliance with the legal constituents of a parallel importation and trademark right exhaustion as defined in the Trademark Act.

The court began by explaining the legislative background and policy of the principle of exhaustion, or the first sale doctrine. A trademark holder enjoys exclusive right of a registered mark. However, considering the interest balance between the public and the mark holder, the law does not prescribe the mark holder an infinite opportunity of profiting. Ever since a trademarked product is made available on the market and exchanged for a consideration or compensation, the mark holder’s commercial interest is realized. Therefore, the mark holder shall not enforce its right for a second time by forbidding others from reselling the very product.

The territorial doctrine applies in trademark registration, the court added. A trademark device may be owned  by different holders in respective jurisdictions. In a circumstance where a local entity registered a mark, importation of products bearing the same mark has to be permitted by a local trademark holder before the products enter Taiwan. Likewise, the first sale activity conducted by a foreign trademark owner in another jurisdiction does not bind and exhaust the trademark right of a local holder.

To conclude, the local distributor shall be entitled to legitimate and exclusive trademark right against unauthorized importation and sales. Appellant’s claims were baseless and the appeal was overruled.

The appellant further appealed to the Supreme Court; the case has not yet been affirmed.

The author acknowledges and appreciates the contribution and research efforts given by Kevin CW Feng, a patent associate at Tsai, Lee & Chen.