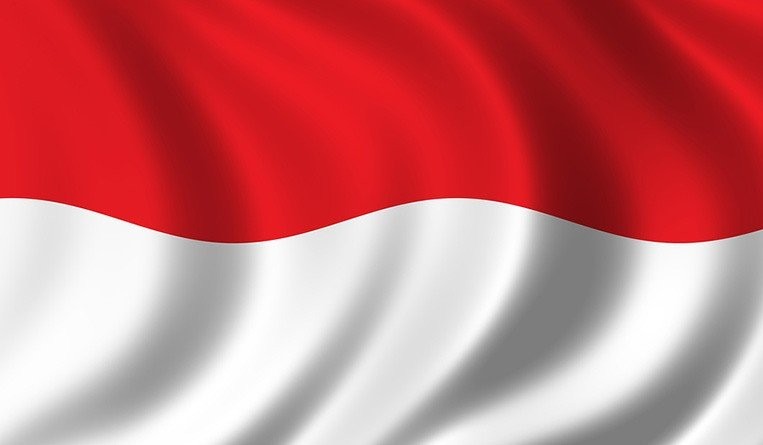 Indonesia is becoming more assertive in taking action to cancel applications from applicants or inventors who have existing annuity debts. Lawyers in Jakarta tell Espie Angelica A. de Leon that this has never happened before.

On August 16, 2018, Indonesia’s Directorate General of Intellectual Property distributed a circular to all patent owners with outstanding annuity fees under Articles 88 and 115 of the country’s old patent law.

The circular stated that they should pay their annuities by February 16, 2019. If they failed to do so, the DGIP announced that it will no longer process new patent applications from said patent owner.

“Under Indonesian Constitutional Law, the Indonesian government reserves the right to withhold any taxes to achieve sufficient income for state, including in a form of a non-tax state revenue, or PNBP,” says Lia Alizia, managing partner at Makarim & Taira S. in Jakarta.

PNBP is the acronym for penerimaan negara bukan pajak, or non-tax state revenue in bahasa Indonesia.

“Under Law No. 9 of 2018 on PNBP, the objects of PNBP are, amongst others, the exploitation of natural resources, services provisions to public, fund management and state-owned property. This means the government collects all intellectual property services fees to be deposited as PNBP. Also, the patent holders are considered to have received the benefit of the patent, at least in theory, right up until the date on which it officially lapsed, and therefore, the patent holder owes all of the relevant accumulated annuity debts and penalty,” says Alizia.

This year, DGIP extended the deadline to August 17, 2019, reasoning that the previous circular was not completely distributed to concerned patent owners.

And now, DGIP has started to enforce this ruling. In late 2019, it informed a patent applicant with outstanding annuity debts that it will not act on his application until he settles his debts.

“The DGIP is not processing new patent applications for applicants who have not paid their annuity debt based on the old patent law of 2001, where annuities would still be due for up to three years unless the applicant submits a withdrawal of the patent or an application,” says Wongrat Ratanaprayul, director of Tilleke & Gibbins in Jakarta.

“In my opinion, the applicant who has existing annuity debts is an applicant who is not serious about protecting his patent in Indonesia and is suspected of having bad faith in filing his application,” says Patricia Winarta, general manager and registered IP consultant at Frans Winarta & Partners in Jakarta. “In other words, the applicant is only trying to prevent other applicants after him from protecting their invention which is the same or similar to his invention and this can block the level of creativity and protection of other Inventors.”

Ratanaprayul believes that the measure is a step toward increasing government revenues.

“The high amount of debt from the outstanding annuities that should be paid to the government is considered not good for the annual financial report of the DGIP,” says Endra Prabawa, an IP partner at ZICO Law network firm Roosdiono & Partners in Jakarta.

He adds that DGIP is taking this action at least in part to know whether the applicant is still using the patent or not.

Meanwhile, Norma Mutalib, a senior associate at Makarim & Taira S., adds that the benefits will also cascade down to patent holders themselves. “We believe the purpose of this sanction is to bring awareness to patent holders to be serious to register and reserve their rights under patent protection provided by the Indonesian government,” she says.

“This type of measure is certainly not the norm and the debt itself is illogical,” says Ratapranayul. “No applicant would have a budget to spend on a patent they no longer want the rights to.”

Winarta says that based on the number of applicants with existing annuity debts, it could be said that annuity payments in Indonesia lag behind those of other countries.

Prabawa and Kin Wah Chow, a registered foreign lawyer at Suryomurcito & Co., the Rouse member firm in Jakarta, do not think so.

Says Chow: “The DGIP went as far as they could with several rounds of demand letters, and the latest measure is an escalation deployed to recover what the DGIP believes is rightfully due to the Indonesian government as provided by the law. Under the old law, a patent can continue to be valid even if outstanding patent annuity is not paid, but this is only for up to three years. The annuity for these three years is chargeable to the patent holder even if the patent eventually lapses. It is for this unpaid annuity for the three years that the Indonesian patent office is pursuing.”

According to Chow, some patent holders were not aware that they could be liable for a further three years of annuity payment – that’s why they haven’t been paying, he says. What they should have done instead is to file a request for patent cancellation to avoid the three-year grace period.

Under the new law, however, this three-year grace period is nonexistent. When a patent holder fails to pay his annuity, his patent lapses.

“This avoids the problem under the old law. So, it is not that Indonesia lags behind on payment of annuities,” explains Chow. “It is how the old law was set up.”

Nevertheless, canceling a patent because of unpaid annuity debts may pose a problem to patent holders, especially foreigners, according to Alizia.

“The collecting procedure from the Indonesian government, as well as the implementation of the warning notices, have not been carried out properly. In practice, the government never issues a warning notice to the patent holders about their outstanding annuity debts. But the government unexpectedly issued a warning letter to all patent holders in Indonesia and abroad to settle their outstanding annuity debts stating that otherwise, the government will declare their patents ‘void by law,’” says Alizia.

The suspension of new patent applications by those with outstanding annuity debts is itself riddled with potential problems.

“The process of the new patent application can be obstructed, especially for the applications that have tight deadlines related to international filing date/ priority,” says Prabawa. “Applicants may not have enough funds to pay their annuity debt before filing the new application before the deadline.”

“This procedure could cause applicants to stop filing new patent applications in Indonesia,” he explains, “and to view Indonesia as a problematic market for the protection of IP rights for their products.”

Lawyers are divided over the issue of whether the new ruling will eventually lead to fewer patent filings in Indonesia.

Prabawa thinks it will, if the policy will be strictly implemented. On the other hand, Ratapranayul says that even if patentees are given more time to pay their annuities, it will eventually take a toll on the budget of the patent applicants thus resulting in the decrease of applications.

Widjojo shares the same opinion about the eventual decrease in the number of patent filings.

“We understand that a significant number of patent owners did not pay the outstanding annuities because they felt that this practice was unjustified and many adopted a wait-and-see approach until a formal mechanism to pay the outstanding annuities was established,” he says. “Seeing the above opinion we can only assume that this practice will of course lead to a decrease of patent applications in Indonesia eventually.”

Meanwhile, Winarta says there could be less patent applications, but only in the beginning.

“Over time, hopefully inventors or applicants will be aware of the protection for their patents in Indonesia. In other words, Indonesia hopes for applicants who are truly competent to file their patent applications in Indonesia,” she explains, adding that their firm has not seen any such decrease in connection with the policy.

Chow also thinks a decrease in patent applications is unlikely because a decision to apply for a patent is usually based on business considerations and the importance of the Indonesian market.

Referring to DGIP’s 2018 Annual Report, Mutalib says “The patent cancellation sanction seems to not affect the amount of patent applications and registrations in Indonesia. Patent applications and registrations are increasing every year, including the registration for an extension of the patents, although during the year 2018, the DGIP issued a letter dated August 16, 2018 – which timeline has been extended – notifying the patent owners and intellectual property consultants that the DGIP will not accept any new patent applications from applicants with outstanding annual fees from August 16, 2019, onwards.”

Lawyers note that this is the first time Indonesia has implemented this kind of policy. As far as those same lawyers in Jakarta know, no other jurisdiction in the world has the same regulation in place.

Whether this new policy of the DGIP will lead to favorable results or not remains to be seen. For the meantime, it may be enough and important for some to see Indonesia making bold strides toward a new direction.

“At present, Indonesia is more assertive in taking action to cancel applications from applicants or inventors who have existing annuity debts,” says Winarta. “It has never happened before.”