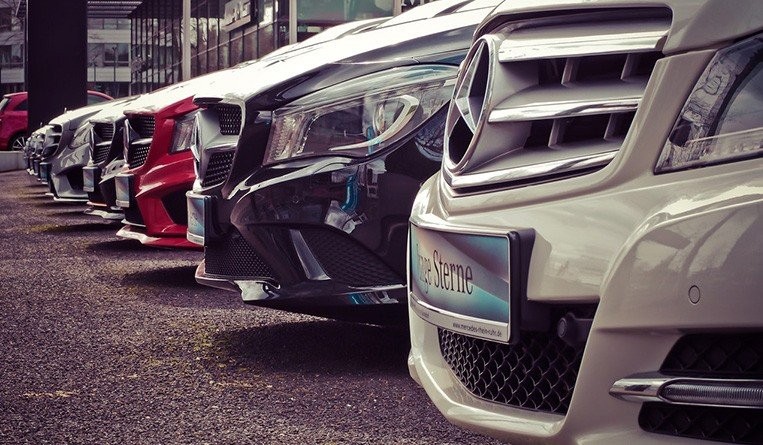 It has long been a centre of debate in Taiwan whether car owners have a legitimate right to choose replacement parts of different makers when the car is repaired after a collision. The sales revenue for auto replacement parts is ever growing and highly profitable, which creates an economic incentive to foster competitive aftermarket auto parts. Consumers seem to have benefited from having an alternative source for repair components of relatively equal value at much less cost.

Article 110(1) of the Community Design Regulation (6/2002/EC) governs that a community design confers no protection to repair a complex product, such as a car, so as to restore its original appearance. It is generally known as a repair clause for community designs. Unlike some EU countries, the Taiwan Patent Act is silent as to whether auto owners have such a particular right for spare parts replacement. It seems the design patent right holder is in a rather favorable position to auto owners and aftermarket auto part makers.

Daimler AG, well-known as the owner of the Mercedes-Benz brand, has been long dedicated to not only car sales but also to intellectual property protection in Taiwan, particularly concentrating in headlights and rear lights of vehicles. In both 2018 and 2019, Daimer had at least 30 design patent grants each year. Daimler found the Taiwanese car parts marker DEPO being continuously engaged in the manufacture and sale of aftermarket auto lamps which could be installed on to at least Mercedes-Benz E Class cars without a legitimate license from either Daimler or its OEM makers. Daimler sued at the IP Court for design patent infringement.

The court found unequivocally that Daimler’s patent was valid and that it had been infringed because DEPO’s products were substantially similar to Daimler’s patent in the view of an ordinary consumer. The focus of the dispute in this case heavily lies in whether Daimler’s enforcement of its patent right was an anti-competitive act.

The court believes Daimler did not have a monopoly advantage in the analysis of the linkage between the primary market and aftermarkets, and Daimler did not exclude others from the “relevant market.” The court construed the meaning and extent of a “relevant market” as one where a demander is able to switch to an alternative product in response to a price rise of the reference product, and those products are all sitting in the same relevant market. Taiwan’s automotive industry is very competitive, where Daimler takes a share of no more than 8 percent. The intensive competition in the primary market for cars is passed down to the aftermarket for parts, and even drives the sales of the aftermarket.

Consumers have not been deprived of the freedom to opt for alternative auto lamps because, if one is extremely sensitive to the lamp price, he could choose other car models instead of a Mercedes-Benz when buying an automobile. As such, consumers are not forcibly locked into the aftermarket of Daimler’s lamps Therefore the primary market and the aftermarket are blended as one relevant market, and the court rejected DEPO’s argument that auto lamps alone form an independent market. In the court’s opinion, DEPO’s argument of there existing an independent market for lamps only intended to favour those consumers who did not know of the limited options of lamps when purchasing a car. By circling out the aftermarket for parts, car makers would inevitably increase car prices in order to recover the prospective lost revenue in said aftermarket. Loyal consumers of certain car brands may not necessarily prefer such a business model of higher car price with lower repair cost, partially because repairs are conducted sporadically. As a balance of interests, the court believes that it is preferable to protect loyal consumers over random consumers who are cost-conscious but who pay less attention to the cost of post-sale repair.

DEPO cited the Kodak case – Eastman Kodak Co . v . Image Technical Services ,Inc. , et al, 504 U.S.451(1992) – to support the argument that the aftermarket is an independent market; however, this argument was not accepted by the court. The IP Court is of the opinion that the Kodak court did not reject the market linkage theory as the aforementioned, but opined that whether the primary and aftermarkets are linked should be resolved “on a case-by-case basis.” This court identified that the primary market’s intense competition for cars in Taiwan, which passes down to the aftermarket for parts, is distinguishable from the Kodak case. Kodak attempted to exclude the possibility of being ruled as monopoly in the aftermarket by its low primary market sales figures for printers.

DEPO subsequently raised the Magill case – Radio Telefis Eireann v. Commission [1995] ECR I-743 – to assert that Daimler’s refusal to license its lamp patent to DEPO constituted a discriminative behavior to potentially restrain competition. The court, however, distinguished this case from Magill by explaining that in such a relevant market, DEPO was able to obtain licenses from other lamp patentees despite Daimler refusing the same at will. Since Daimler has a car market share of no more than 8 percent, consumers have plenty of car options (so as the replaceable parts options) as the aforementioned. No likelihood of competition restrain occurs, the court emphasized.

As the last anti-competitive defense, DEPO alleged that car makers including Daimler had made a “promise in Germany” saying that they will not interfere in the competition in the market for spare parts, according to a document from Germany’s legislative history, which created an estoppel or a quasi-FRAND clause which Daimler allegedly breached. The court rejected the defense again, indicating that the promise has no more than a “political character.” It only manifests that legislators would take adequate regulative approaches if a further enforcement activity is made on the spare parts market, the court explained. Such a statement did not grant any “legal” entitlement, defense, or rights whatsoever to the parts makers. Therefore it cannot be interpreted as a prohibition on patentees from enforcement.

The court rejected all of DEPO’s defenses and then decided that DEPO’s activities were an infringement on Daimler’s patent. The court awarded punitive damages amounting to about US$1 million, based on DEPO’s revenue timed by a discretional multiplier of about 1.3. Last but not the least, the court granted an injunction prohibiting DEPO from future sale, manufacture, etc., and also ordered destruction of any infringing lamp products and casting molds now available. Owing to the injunction, DEPO would probably call off the supply of Mercedes-Benz lamps exportable overseas, especially those jurisdictions having repair clause in effect.

Although the trial court’s judgment remains appealable and not yet to be a landmark decision, this case sent a message to aftermarket makers in Taiwan. Taiwan does not have a repair clause as immunity from patent infringement but accommodates many factories and SMEs engaging in “compatible” substitutes. It is worthy of attention as to whether this case will become a trigger to a drastic revolution in the structure of the spare parts market on the island.

Kevin C.W. Feng is a registered patent attorney at Tsai Lee & Chen, with emphasis on patent prosecution and IP research. He regularly provides advisory opinions on IP laws to clients. Among all other focuses, he has been building particular experience in software, financial technology and pharmaceutical-related patent practice. Feng received his M.I.P. deggree from the University of New Hampshire School of Law and a B.S. degree in biochemical science and technology from the National Taiwan University.