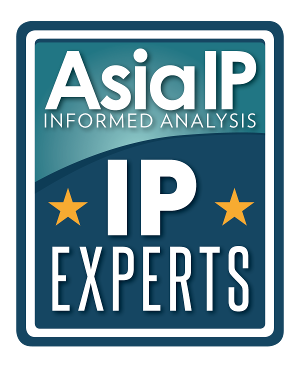 Anthony Peralta is Senior Partner at CALLEJA PERALTA JIMENEZ SAN LUIS UY & ULIBAS. He heads the Corporate Practice group of his law firm. He handles intellectual property litigation and arbitration on a range of technologies. He has assisted in the structuring of settlement agreements for technology, intellectual property and privacy cases. He has represented companies in negotiating and drafting software, hardware, internet and other information technology transactions. He has negotiated and drafted outsourcing, external service provider agreements, web-based services and online subscriber agreements, including business process outsourcing agreements. He has handled and incorporated many joint ventures between foreign and domestic corporations engaged in power generation, fast-food/restaurant services, wholesale retailing, manufacturing, information technology and transport vehicle production.

He handled the acquisition by the leading consumer paper corporation of the local operations of its rival company and the due diligence in relation to the possible acquisition by the same company of another takeover target. He also handled the initial public offerings for the leading electrical distribution company, the leading broadcasting company and two real estate development companies as well as the international offering of the leading gold mining company. He has appeared in various cases involving intra-corporate disputes, insolvency, corporate rehabilitation, disputed tax assessments, unfair competition, trademark and patent infringement. He was a private prosecutor in the Impeachment Case of former Pres. Joseph Estrada as well as in his Plunder Case before the Sandiganbayan. He recently argued before the Supreme Court in a case involving the foreign ownership issue in Philippine Long Distance Telephone Company.

He is currently a law professor and the Associate Dean at De La Salle University College of Law. As a law professor, he has taught Corporation Law, Credit Transactions, Intellectual Property, Land Titles and Deeds, Legal Writing, and Mergers and Acquisitions.

Since 2004, Mr. Peralta has been consistently cited in the Asia Pacific Legal 500, Asia Law Practice and Who Legal for his work in the Corporate/Mergers & Acquisitions, Intellectual Property and Information Technology practice areas.  On January 7, 2014, he was awarded with the Ricardo J. Romulo Professorial Chair for Commercial Law. He was a Bar Lecturer in Commercial Law in 2018 at DLSU College of Law. He was accorded an Honorary Membership by the Association of Fellows and Legal Scholars of the Center for International Studies based in Vienna, Austria in 2001