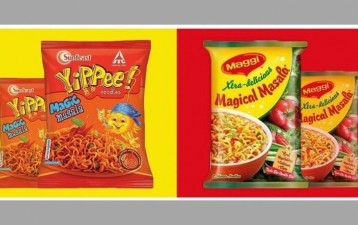 Competing noodles are at issue for ITC and Nestlé

What happens when two tech giants clash in the IP field? Allegations of copying look-and-feel abound, but the heart of this dispute concerns an application for registration of the&nbsp;MI PAD&nbsp;trade mark. &nbsp;

The Delhi High Court has ruled that the situs of IP for income tax purposes will be the location of the owner of the IP, regardless of where the IP is used or develops value. Radhika Parikh and Shipra Padhi explain.

The Non-use of &lsquo;Parliament&rsquo; in Malaysia

Mere registration and renewal of a trademark isn&rsquo;t enough to protect it, even when it was first registered in the 1950s. Geetha K tells the tale of how British American Tobacco lost its Parliament mark to Philip Morris in the Malaysian courts.

The Curious Case of Negative Matching

Recent decisions in English courts make it seem possible to infringe a competitor&rsquo;s trademark even when you&rsquo;re not using it. Lucy Nunn describes the curious case of negative matching.

A recent case in the Singapore High Court suggests that where an accused is charged with abetment&nbsp;by intentionally aiding persons to commit an offence under Section 49 of the Trade Marks Act, the&nbsp;prosecution will have to prove that the accu...

Under current Chinese law, the same test should be adopted in determining service inventions created during employment and those created in one year after the termination of employment. The major test, says Sun Xi, is whether the employee&rsquo;s wor...

Jason Carmichael and Rebecca Williams summarize a recent Hong Kong Court of Final Appeal ruling on damages for &ldquo;loss of chance&rdquo; and some key points for litigators and their clients on expert evidence and cross-undertakings as to damages....

A recent ruling by the Supreme Court of Thailand provides a reminder that individual artists can&nbsp;enforce their rights against infringers. Nuttaphol Arammuang reports from Bangkok.

In the landmark decision of Staywell Hospitality Group v. Starwood Hotels & Resorts Worldwide,&nbsp;the Singapore Court of Appeal was presented with an opportunity to clarify the principles applicable&nbsp;in opposition proceedings and infringement a...

The recent Australian Federal Court decision in SMA Solar Technology v. Beyond Building Systems provides a timely reminder about the interaction between the Trade Marks Act 1995, the common law tort of passing off and the &lsquo;misleading and decept...