A way to reinforce your patents in China 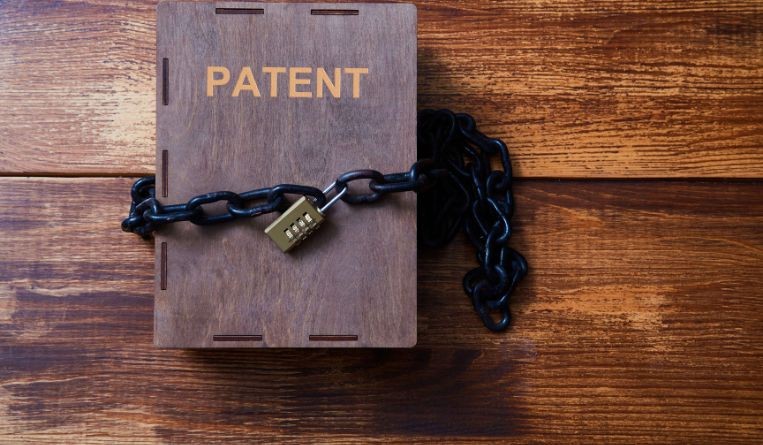 Under current judicial practice in China, it is almost inevitable that a patent owner will receive a patent invalidation action from an accused during a patent infringement proceeding. The main purpose of the invalidation action is to uproot the entire patent right or at least have some of the essential claims in the patent that can cover the accused invalidated so that threats from this patent can be eliminated once and for all.

Yet according to the statistics, among 1,121 utility model patents and 341 invention patents that were entirely invalidated, around 90 percent were based on lack of novelty and/or inventive steps. This means it always possible for your adversary to find one or more new “damaging” prior art(s) that has not been searched out by the patent office during prosecution of your patent. Under this situation, regularly a patentee needs to make an amendment to the granted claims during the invalidation action in order to make the amended claims differentiated from the new prior art or a combination of prior arts. On the other hand, as amendment during invalidation proceeding is very limited in China, it is always a major challenge to maintain validity of a patent via amendment while keep the amended claims still be able to cover the accused.

In the 2010 version of the Guidelines for Examination announced by CNIPA, a principle has been established such that any amendments made to an invention or utility model patent during an invalidation proceeding shall be limited to claims of the patent only. More specifically, when making an amendment to claims during an invalidation proceeding, the following principles shall be obeyed:

Guided by this rule, the Chinese Patent Office almost refused any other ways to amend claims during a patent invalidation proceeding except the above three manners 1), 2) and 3). Due to such tough restrictions, both patentees and patent attorneys were quite pessimistic to think there was almost no room to amend a patent substantively after it has been granted.

With the rapid development of patent practice in Chia, this policy began to be less limiting. After a few important cases handled by the patent office and the Supreme Court, a revision to the Guidelines for Examination was made in 2017 by which the acceptable manners of amendment during invalidation proceedings are revised to: 1) deletion of a claim; 2) deletion of a technical solution; 3) further limitation to a claim; and 4) correction to obvious errors. And, “further limitation to a claim” is explained as to incorporate one or more technical features from other claims into a claim to be amended while scope of the amended claim shall not be broader than that of the initial claim.

Independent claim 1 which comprises technical features A + B +C

On one hand, if some new prior arts were found and caused independent claims lack of inventive steps during an invalidation proceeding, then the patentee would have to make an amendment to the claims in order to make the amended claims differentiated from the prior arts. Possible manners of the amendment to claims are shown in Table 1.

It can be seen from Table 1 that, under the new rule, four more opinions are available to the patentee when considering how to make an appropriate amendment to claims in view of prior arts set force in the invalidation proceeding and in view of the infringement situation.

It should be noted, however, no technical features which were embodied in the patent written description but not defined in the granted claims are allowed to be introduced into the amendment whether under the old rule or under the new rule. This is mainly because of a so-called “principle of donation” as stipulated in a judicial interpretation announced by the China Supreme Court in 2010. According to the interpretation, if a patentee has disclosed an embodiment in written description of his patent application but never claimed or tried to claim to protect this embodiment during filing and prosecution procedure of this application, then this embodiment shall be deemed to have been donated to the public. Therefore, the patentee is not allowed to reclaim this already donated solution under the doctrine of equivalency or other means when enforcing his patent.

In view of the above situation, it is highly recommended to make a reinforcing measure for a Chinese patent in order to pave a good way for post-grant proceeding. In other words, it would be beneficial to retain in a patent at least one allowed claim which defined a complete technical solution comprising each of technical features that may be considered as an improvement to prior arts. With this claim, it can be used as a “database” or “backup” from which the patentee can choose one or more of the useful features as the basis to defend validity of the patent by a suitable amendment during an invalidation proceeding and to attack the infringement even if all the previously allowed claims are to be invalidated over prior arts presented in the invalidation proceeding.

Therefore, if the above “database” or “backup” claim is to be reserved in a Chinese patent for a rainy day, the best timing is to file it at the same time when filing the application or file it at the latest before the window for filing a voluntary amendment is closed which is three months from the date of receipt of an official notification informing applicant that the substantive examination procedure has started for the application.

is a managing partner and patent attorney of Uni-intel Patent and Trademark Law Firm. He has been practicing intellectual property for over 20 years and is mainly involved in patent filing, prosecution, invalidation and enforcement in the territory of mainland China. Ge has drafted and prosecuted more than one thousand patent applications in the technical field of mechanics, EE, materials, and telecommunications for both China local clients and overseas clients from the U.S., EU, Japan and South Korea. He also handled nearly a hundred patent enforcement, litigation and invalidation cases for overseas clients. One of the patent litigation cases he handled has been ranked by the Chinese Supreme Court as a Top 10 IP case in 2015 and this case was adopted later by the Supreme Court as a Guidance case to be followed by national courts.