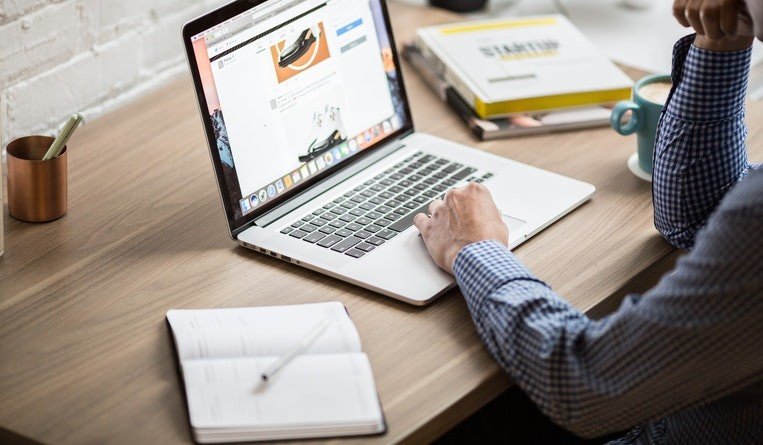 What’s an IP owner to do when his music, film or other content is spread to alphanumeric, mirror or redirecting websites? Excel V. Dyquiangco dives into the rise of dynamic injunctions in India, which benefits both the IP owner and the courts from adjudicating the same case over and over again.

India stands among the top five countries for widespread piracy of digital content. As music and movies started to be distributed online in the early 2000s, the increasing online consumption of content in India, coupled with the availability of online streaming devices and affordable pirate technologies, has led to rising threats of piracy. Even in cases where these pirated websites are blocked by way of an order of a court, they do resurface – and, in some cases, multiply – fairly regularly as alphanumeric or mirror websites.

One such case pertaining to pirated websites includes the illegal broadcasts of the 2014 FIFA World Cup, which were made available via file sharing websites such as Bitshare, Luckyshare, Freakshare, Terafile, and Letitbit. The right holder approached the Delhi High Court and was successful in securing an injunction, whereby the court ordered the blocking of 219 websites engaged in illegal streaming and transmission of content. Further, in the first ‘John Doe’ case, the Delhi High Court also granted an injunction in connection with a big-budget Bollywood film to block its illegal transmission. In the same year, the Delhi High Court, by way of another order, granted an injunction restraining 107 websites for illegally rebroadcasting Star Sports’ footage of the India-England Cricket Series.

Recently, the Delhi High Court passed directions permanently restraining 30 torrent sites from hosting, streaming, reproducing, distributing or making available to the public by any means the movies, music, shows or any content which violates the copyright of film production companies such as UTV Software and 20th Century Fox. The court directed internet service providers to block access to these websites. To deal with the hydra-headed websites, the court also permitted the plaintiff production companies to implement as a party in the matter the mirror/redirect/alphanumeric websites.

The most recent and profound case of all, however, is UTV Software Communication Ltd. and Ors. v. 1337X.TO and Ors, where the High Court of Delhi delivered India’s first ever judgment granting of a dynamic injunction.

“India currently has 560 million internet users, and it is estimated they will rise to 600 million by 2021,” says Ranjan Narula, managing partner at RNA, Technology and IP Attorneys in Gurugram. “With 34 percent internet penetration, there is still headroom for growth. With rapid internet penetration, online piracy and cyber frauds are rising. Thus, website blocking and tools like dynamic injunctions are crucial to control piracy.”

The Delhi High Court put its reliance upon a 2018 judgment of the High Court of Singapore in Disney Enterprises, Inc. v. M1 Ltd. wherein the court held that the right owner was not obligated to return to court for an order with respect to every single IP address of the infringing URLs already determined by the court. According to the court, issuing a dynamic injunction constitutes “reasonable steps to disable access to the flagrantly infringing online location.”

Drawing the reference from the above case, the Delhi High Court, even though no specific procedure was prescribed under Indian copyright law, permitted the right owner to implead/join the mirror/redirect/alphanumeric websites as a defendant under Order I Rule 10 CPC. This was done on the basis that these websites merely provide access to the same websites which are the subject of the main injunction without filing a fresh suit against such websites.

Therefore, procedurally, in cases where an X website being injuncted moves the content to a Y website which is a mirror/redirect/alphanumeric version of the original website, the right owner, on being confronted with such websites can, instead of filing a new lawsuit, make an application for impleadment under Order I Rule 10 along with an affidavit confirming that the newly impleaded website is a mirror website with enough supporting evidence. On being satisfied that this is indeed a rogue website, the Joint Registrar shall issue directions to ISPs to disable access in India to such mirror websites in terms of the orders passed.

The jurisprudence with respect to take down of offending content from the internet can be summed up as follows:

“Dynamic injunction is a result of the Delhi court’s consideration as to how to deal with what it called “hydra headed” rogue websites, which, on being blocked in the initial injunction, multiply and resurface as redirected, mirrored, or alphanumerically addressed websites,” says Narula. “This dynamic injunction was issued given that the piracy infringers have the potential to create mirror, redirect and alphanumeric websites having the same infringing content as the original websites once blocked.”

JV Abhay, an IP partner at Shardul Amarchand Mangaldas & Co in New Delhi, adds: “One of the most apparent difficulties in tackling online piracy is to deal with the ability of pirated websites to produce mirror websites within no time. In order to tackle this and to cover the gap left by John Doe orders, the Delhi High Court issued the dynamic injunction, which has the ability to allow updation of the list of blocked websites without extensive procedures like filing a new application with the court. Consequently, blocking of mirror websites has become easier and more effective.”

Although the dynamic injunction forms an important precedent and limits the number of litigations a right holder will have to initiate against the same entities and for the same infringing content, Raunaq Kamath, an attorney at Ira Law in New Delhi, believes that a potential disadvantage is that an injunction of this nature has the potential of being misused, given the sweeping impact. He says that for example, it is theoretically possible that access to non-infringing content available on a potentially rogue website may also get blocked.

He adds, “If a small portion of the content was found to be violative, this material could be taken down through specific URLs. On the other hand, if the website itself was predominantly hosting infringing content, the entire website could be blocked.”

“A disadvantage of website blocking through dynamic injunction is that IP addresses can quickly be changed,” says Narula. “IP blocking can also impact non-infringing websites, as a single IP address can host multiple websites. Further in cases where illegitimate content is in small amounts, the entire website is shut down. Nevertheless, it is surely a starting point for paving the way towards curbing piracy in a systematic way.”

Many are hopeful that dynamic injunctions will scare infringers away. Narula says that infringers are likely to be demoralized as they cannot overcome the injunction by moving the content to a new domain or an IP address.

“With this case where the court has consciously pursued a proactive approach to balance interests of rights holders against free internet, it is hoped that it will help to curb piracy,” he says. “It cannot, of course, completely go away as new technologies evolve making it difficult to track the real operators. At the same time awareness and proper education regarding piracy laws will help to solve this problem. Further as suggested by the court the possibility of framing a policy under which a warning is issued to the viewers of the infringing content, if technologically feasible in the form of emails, or pop-ups or such other modes cautioning the viewers to cease viewing/downloading the infringing material should be explored.”

Kamath, meanwhile, believes that this dynamic injunction has become successful. “The Delhi High Court, in particular, has been open to granting dynamic injunctions, when sought and, if implemented properly, the injunctions are undoubtedly effective,” he says.

The future of dynamic injunctions

Although it is difficult to find estimates of how much money and how many jobs are lost to piracy, Indian producer and writer Anurag Basu told the World Intellectual Property Organization in a 2013 interview that piracy costs the Indian film industry US$3.34 billion and 60,000 jobs every year. The Motion Picture Distributors’ Association reports similar numbers, and says that India has one of the highest film piracy rates per capita of any country in the world.

“Given the statistics, the dynamic injunction was indeed a need of the hour to curb piracy in India and to send across a strong message that the Indian government and judiciary recognizes piracy as a threat and is prepared to take all steps to counter it,” says Abhay. “The dynamic injunction will assist in boosting the confidence of the producers in the film industry and developers of games and will help boost the growth of both these industries.”

In spite of this, the menace of piracy is still going strong in India. “This is perhaps due to the large internet presence and subscribership,” says Abhay. “For every site taken down, two more take its place. This is not to say that piracy cannot be defeated. With the government in India becoming more vigilant in recognizing piracy as a threat and courts playing their role, the current situation seems very promising and India seems to be heading in the right direction to curb the menace of piracy.”

One of the major changes in this space over the last few years is the launch of prominent streaming services in India such as Netflix, Disney+ Hotstar and Amazon Prime. Further, YouTube has also started streaming movies which include relatively new releases and are available for purchase at reasonable rates.

“The availability of such content should ideally have a countering effect on online piracy,” says Kamath. “Illustratively, music piracy has declined over the years owing to the ease and cost effectiveness of streaming the same content. Thus, it is quite possible that as and when more content is made readily available to customers at reasonable prices, the demand for pirated material may decline.

And with India following the dynamic injunction route from Singapore, it seems likely that other Asian countries might follow a similar approach in days to come.

“Dynamic injunctions and website blocking matter in India since online piracy is widespread and frequent,” says Abhay. “Further, it has the ability to change consumer behaviour by making legal sources of content more appealing to consumers. Given the sheer number of internet users in India, this is an important factor.”