Digi International Inc. (the applicant) is an American Industrial Internet of Things (IIOT) technology company headquartered in the United States of America, founded in 1985.

Teraoka Seiko Co., Ltd (the opponent) is a Japanese company headquartered in Tokyo and founded in November 1934. The opponent has been selling electronic scales under the trademark “DIGI” since 1971. The opponent has a registered trademark in Singapore under Registration No. T8605807D (shown left) for “balance and scale, scale equipped with printed, printer” in Class 9 (the opponent's mark), which was filed on December 18, 1986.

The applicant and the opponent were familiar with each other, having engaged in disputes over their respective Digi marks since at least 17 years ago. In 2002, the two parties entered into an agreement setting out the terms under which the parties were prepared to accept the co-existence of the two marks (the 2002 agreement).

Decision of the registrar

Section 7(6) of the Singapore Trademarks Act (the act) - The application was made in bad faith. The opponent’s allegations of bad faith were based on the relationship between the parties and the continued existence of the 2002 agreement. The registrar found no agreement between the parties that either party could not adopt a new mark that was more similar to the other party’s mark for goods and services beyond the demarcated limits of the 2002 agreement. Furthermore, there had been no practice or understanding between the parties that they were to inform each other prior to the application for registration.

In various registrations around the world by the parties, the registrar noted that the parties had continued to oppose the scope of goods or services specified in the registrations, and that the present application involved a different mark from the applicant, all of which factors leaned in favour of the applicant to show that there was no bad faith in the application which could be inferred in the present circumstances.

Accordingly, the opposition failed on this ground.

Section 8(2)(b) of the act – The application mark is confusingly similar to an earlier mark for similar or identical goods or services. Examining the two trademarks in question, the registrar found that both marks employed the same typeface using capitalized letters and a triangular device and concluded that they were similar given that they were aurally identical, visually similar and had a high degree of conceptual similarity as the text “DIGI” evokes the word “digital” and connoted a relation to products and services with a digital element.

On a closer examination of the parties’ goods and services, she found that the majority of the applicant’s goods and services concerned “wireless data technologies” and “are used wherever connection with machines is required,” and that the broad term “computer hardware” used in the applicant’s specifications would encompass printers, and would therefore extend to cover the scope of the products registered under the opponent’s mark in Class 9.

On the issue of likelihood of confusion, the registrar opined that the goods and services offered by both parties potentially target similar groups of consumers using technological products and machinery. Further, with the advent in technology, the parties have also expanded their goods and services to include connectivity and data processing elements, which have been found to overlap. Given the high degree of similarity in the marks and goods, she found that the relevant public would be likely to be confused as to the existence of an economic link between goods and services covered by the competing marks.

Taking the above into consideration, she was satisfied that this ground of opposition had been made out.

Section 8(7)(a) of the act – The use of the application mark would constitute passing off. To make out a case under the tort of passing off, it is necessary to establish i) goodwill; ii) misrepresentation and iii) damage.

On the element of goodwill, the opponent produced its sales and revenue figures associated with the opponent’s mark, showing an almost 70 percent increase over a 10-year period, as well as advertising and promotional expenses which doubled over a 5-year period. While the applicant denied that the opponent had goodwill attached to its business, it did not challenge or refute the opponent’s evidence, which the registrar found sufficient to establish goodwill.

Having concluded positively on the similarity of the parties’ marks and goods and services in b) above, the registrar was satisfied that the element of misrepresentation had been made out.

Lastly, on the issue of damage, in light of the earlier findings in b) above, the registrar concluded that there was a real tangible risk of the opponent’s goodwill being adversely affected notwithstanding that it had not adduced any evidence to support this.

As such, this ground of opposition had also been made out.

Section 8(4)(b)(i) read with 8(4)(a) of the act – The use of the application mark would indicate a confusing connection with the proprietor of an earlier well-known mark in Singapore. There was no question that the opponent’s mark was filed earlier than the application mark, or that both marks were similar based on the registrar’s findings above.

It was also undisputed that the opponent’s mark was well-known in respect of goods and services registered for, based on sales, profits and expenses incurred by the opponent in promoting the said mark both in Singapore and worldwide. This was further supported by the long presence of the opponent in Singapore, as well as its distribution channels and end users.

As the opposition succeeded on the latter three grounds, protection in Singapore was refused for the application mark.

Lih-Han Khoo is an associate at Mirandah Law. He graduated from the Singapore Management University with a juris doctor degree in 2016 and was called to the Singapore Bar in 2017. He also has a degree from the National University of Singapore (NUS) in mechanical engineering. 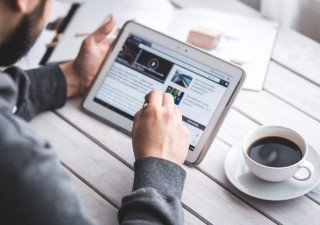