NBA icon Michael Jordan has outplayed his opponent in court, defeating Fujian-based Qiaodan Sports’s use of Jordan’s name in Chinese.

NBA icon Michael Jordan has outplayed his opponent in court.

This time, the game was won in the judicial court. His opponent, a Chinese sportswear manufacturer.

A come-from-behind-victory it may well be considered. Lower courts previously ruled in favor of the latter.

The object of the dispute was Fujian-based Qiaodan Sports’s use of Jordan’s name in Chinese – Qiao Dan.

Also at issue was the company’s logo. Said logo shows the silhouetted figure of a man in basketball attire, his left hand holding a ball. The image also shows the man in seeming motion, presumably playing basketball. Qiaodan Sports frequently uses this logo alongside Qiao Dan.

In comparison, Nike’s Air Jordan logo features a silhouette of Jordan himself, also in basketball attire and in the act of dunking.

The retired National Basketball Association player argued that people might think he is endorsing the Qiaodan brand and that such use of the logo infringes his rights. Qiaodan Sports has over 5,700 outlets across China, which is home to a large number of basketball fans.

In its decision published in March, the Supreme Court stated that the company used the Chinese translation of Jordan’s name illegally. Thus, the court prohibited it from further using the athlete’s name.

The court also allowed Qiaodan Sportswear to continue using the disputed logo. However, the issue over the logo is up for retrial as the court referred it to the China National Intellectual Property Administration (CNIPA).

Expressing her firm’s agreement with the Supreme Court, Lina Li, trademark attorney at Jadong IP in Beijing, says Chinese media and the public mostly use the characters 乔丹 (Qiao Dan) to refer to the world-famous athlete.

“Considering Michael Jordan’s high reputation in China, when seeing 乔丹, the public will more easily connect it with Michael Jordan and mistakenly consider that the goods with the trademark 乔丹are from Michael Jordan or that there exists some certain relationship between the related parties. This will easily mislead the consumers about the origins of goods. Obviously, this disobeys the function of the trademark which shall distinguish the different entities in the market,” says Li.

Rebeccah Gan, a partner at Wenderoth, Lind & Ponack in Washington, also agrees with the verdict.

“The decision is the right outcome, given the 2016 ruling, finding that Chinese consumers would view the Chinese characters for Qiaodan as a reference to the former basketball player but not the Chinese pinyin transcription,” says Gan.

The 2016 ruling refers to the Supreme Court decision that year which gave Jordan the right to his name written in Chinese characters, 乔丹. Months after, the court allowed the company to use Qiaodan in Romanized English.

“In our ‘flat’ world, Chinese consumers are exposed to both marks comprising traditional characters and the Romanized English alphabet on a daily basis,” says Gan.

As for the logo, Li says the Qiaodan Sports logo is dissimilar with that of the Air Jordan product line in visual appearance, expression and style, among others. “The logo of Qiaodan Sports, which does not reveal any feature of Michael Jordan, could not be monopolized by Michael Jordan. Otherwise, this may impair other related parties’ legal benefits,” she says.

In a statement, Qiaodan Sports said that the Supreme Court’s decision “would not impact the normal use of [its] existing trademarks, nor would it affect normal business operations.”

“I cannot fathom how the decision would not severely impact the normal use of Qiaodan Sports’s existing trademarks. Its own company name should be impacted by this ruling. Moreover, they had applied for 200-odd similarly named trademarks, including Qiaodan in alternative spellings and Qiaodan King,” says Gan.

Li’s firm believes the decision will not impact the company’s normal business operation and use of its trademarks. Said ruling, she says, only refers to the trademark under No. 6020578 “乔丹”. Furthermore, Qiaodan Sports is allowed to continue using the logo. The company also maintains its legal rights over its other valid trademark registrations.

Yet, Li and her firm think that the company’s operation will indeed be affected in the long term.

“As the related public will finally clearly recognize that Qiaodan Sports has no relationship to Michael Jordan, Qiaodan Sports may have the bad faith for free ride for non-proper benefits. This will have bad influence for their reputation among the consumers,” Li explains. “Nowadays, people pay more attention to integrity issues.”

The Supreme Court ruling was issued as China prepares its action plan to improve IP rights protection in the country. The action plan is required under phase one of a new Economic and Trade Agreement signed by China and the US on January 15, 2020.

Without the agreement, Gan believes China’s Supreme Court would have issued the same ruling, citing the sportswear firm as a ‘bad actor.’

Since its establishment in 2010, the firm has registered about 200 trademarks related to the former Chicago Bulls player.

Aside from using Jordan’s name, the company has also used his jersey number 23, his children’s names and other words and symbols clearly associated with him.

“Moreover, they do hundreds of millions of dollars of business annually, so they are not a sympathetic underdog. Finally, this decision is consistent with the 2016 ruling,” she says. “Still, the timing is a bit suspect.”

Kang joins from Sidley Austin, remains based in Pa... 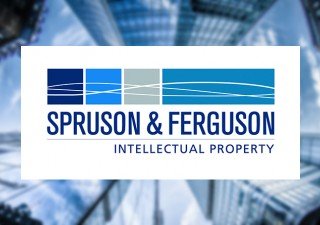 The Pakistan Air Force has formed a unit for AI de...