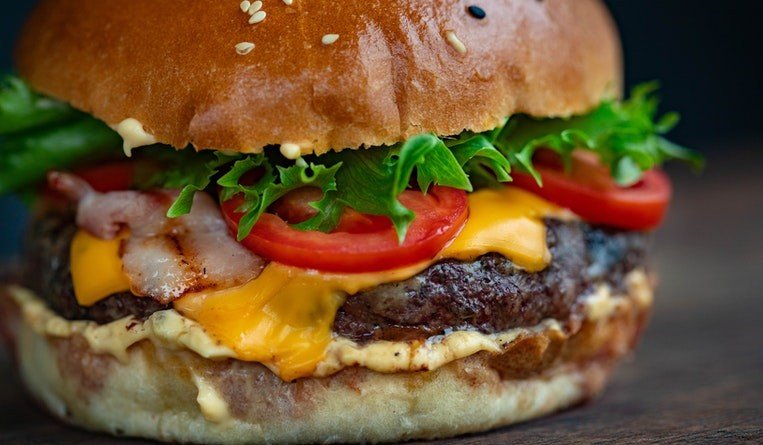 The recent beef between McDonald’s and Hungry Jack’s – a fast food chain known as Burger King in most of the world – has brought to the surface questions about how a food dish should be made and created. What makes a food dish original and unique? Are there any special characteristics that make your food original?

According to Emma Johnsen, a senior associate at Marque Lawyers in Sydney, something is original and unique if it hasn’t been done before. “However, from a legal perspective, it doesn’t really matter as it is not really possible to protect your food dish by any intellectual property laws,” she says. “Protecting a brand or a name is a different issue, but the dish itself is not really protectable. It is arguable that a dish could be patentable, however, each of the different patentability requirements would have to be met, including that the dish is ‘novel.’ This is a fairly high bar to overcome.”

The difference starts when a recipe is written, as compared to the actual end product once the recipe is created into a dish. If the recipe (that is, the ingredients and the method) is sufficiently original, it may be protected by copyright law as a literary work. However, a simple list of ingredients with a list of steps is unlikely to be held to be original. Further, copyright does not protect ideas (such as the idea to put a bun between two pieces of meat), information (such as ingredients and quantities) and methods or techniques (such as barbecue cooking).

Johnsen says that one approach that some manufactures have taken is to keep their recipes secret. “This is the approach Coca-Cola has taken for its recipe for Coke, and KFC for it’s famous herbs and spices blend,” she says. “This approach means the recipe is protected by confidentiality agreements, which is contract law and/or breach of confidence as opposed to any intellectual property laws.”

For anyone suing for trademark infringement, such as the case of McDonald’s and Hungry Jack’s, Johnsen says that they need to establish what type of action they have and the likelihood of success of that type of action. If a dish has been copied, and there has been no copying of the brand name, it’s unlikely that there will be any cause of action based solely on the replicated dish.

“If, however, a restaurant is trying to pass their dish off as your dish – there may be a claim for passing off,” she says.

“Passing off is a type of action that arose mainly to protect traders and prevent commercial dishonesty. There are other possible causes of action here in Australia that would be considered on a case by case basis, such as trade mark infringement, copyright infringement or misleading or deceptive conduct. Each of these would normally be based on how the “food dish” has been offered to the public, as opposed to the dish itself.”

Johnsen adds that the case of McDonald’s and Hungry Jack’s has brought a lot of publicity to Hungry Jack's and she says it would be interesting to see the statistics of whether sales have increased following this press.

“The idea for Hungry Jack's to name their burger the 'Big Jack' is a form of guerrilla marketing,” she says. “Guerrilla marketing is an advertising strategy where a company uses unconventional strategies and interactions in order to promote their product, and this can often involve hijacking another brand. So, in terms of possible challenges, this may cause other brands to take a similar approach to Hungry Jack's by trying to parody another brand, risk the lawsuit, so as to increase their exposure to the public.”

Her advice to food manufacturers: “I think that manufacturers always need to keep on top of their intellectual property protection, such as ensuring that they register their trademarks and also by keeping an eye on the trade mark register to see if there are any similar marks being registered.  At this stage, it is difficult to comment on what impact this case will have as it has only just commenced, but it will be one to watch!”