Impacts on the music industry of China’s revised copyright law 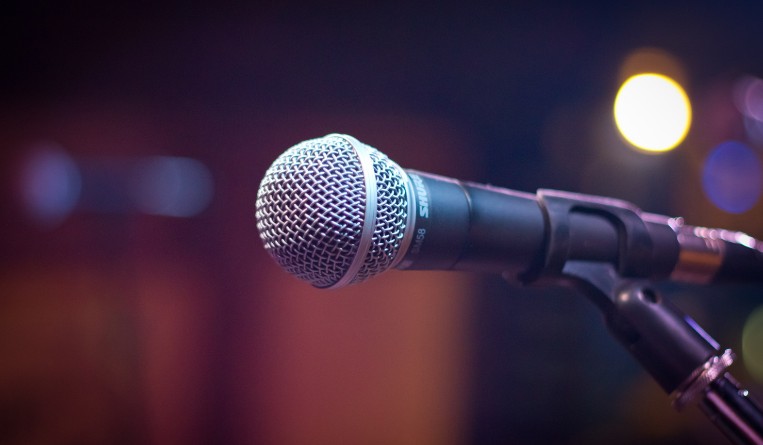 The third revision of the Copyright Law of People’s Republic of China in 2020 has expanded the scope of broadcasting rights so that the activities of live singing or playing background music by network anchors, regular broadcasting on websites, real-time rebroadcasting of concerts and TV variety shows in webcast are included in the protection scope of broadcasting right. It also introduces the concept of audio-visual works. Cherry Chunfei Guo says there’s even more for the industry to like about the revision.

The third amendment to the Copyright Law of the People’s Republic of China was adopted on November 11, 2020, and came into force on June 1, 2021 (the 2020 Copyright Law or the new copyright law). After 10 years’ revision, it has finally come to fruition. As an intellectual property lawyer who has been practiced copyright law in music industry for more than 20 years, I have been paying close attention to the progress of its revision. This paper evaluates its potential impacts on China’s music industry.

After the implementation of the 2020 Copyright Law, behaviours such as the live singing or playing background music by network anchors, regular broadcasting on the website and real-time rebroadcasting of concerts and TV variety shows on the website will be included in the protection of broadcasting rights. It changes the situation of original judicial practice of applying “other rights that should be enjoyed by copyright owners” to regulate the transmission of music by wire and non-interactive means.

Music right holders have legal grounds to receive remuneration for the subsequent dissemination of short videos, game pictures, variety shows, music videos (MV) and other audio-visual works, provided that there is no agreement or that the agreement is unclear in advance

The question at issue is who shall be the payer, the producer of audio-visual works or the disseminator? It is not clear from the legal provisions, and there are no supporting regulations or judicial interpretation at present. It is the author’s opinion that it should be a common obligation of both.

For example, in respect to the provision of large numbers of short music videos, game dynamic pictures and variety shows, a digital service platform not only needs to obtain the permission of the producer of the video, but also must pay for the music used in the video, unless the producer has made an agreement with the music right owners in a previous production contract. Another example is the large number of music videos used in karaoke halls: the music right holder has the right to receive remuneration from the operator for the use of KTV if such use is not covered in the production contract with the record company.

The advent of the digital and internet era has caused the revenue of the traditional recording market – on which recording rights holders rely – to shrink dramatically in China. Record producers can no longer obtain significant income through the distribution of physical discs. After more than 10 years of appeals, the new law finally grants record producers the right to remuneration for the use of recordings in public broadcasting and performance.

The new law expands the source of income for record producers, which is undoubtedly worth cheering. The author worked at the International Federation of the Phonographic Industry (IFPI) in her early years in the industry. It is my understanding that the process of recording music is not a “sweat of the brow” kind of work. The technical means and level of the producer, and the taste and experience of art, fully reflect the originality of a piece. Sound recordings should be protected at the same level of musical works. However, China’s copyright law adopts the “author’s right” in the continental law system. A record belongs to the disseminator rather than the creator, while the record producer’s right is a neighbouring right. In comparison with the 13 items of property rights of authors of works, the producer of sound recordings only have four items of rights: the rights of reproduction, distribution, lease and information network dissemination. The two remuneration rights added by the new law for producers were actually made up for their absence and are dubbed “luxury goods.”

The 2020 Copyright Law has expanded broadcasting rights to include the means of communication via wired technology. Therefore, the scope of remuneration for broadcasting activities by record producers has also been expanded to include wire and wireless communication and broadcasting. Specific usage scenarios include radio stations, TV stations and internet radio stations playing sound recordings, and background music being played during the web live broadcast.

The behaviour of public broadcast via voice transmission equipment is illustrated as the mechanical performance/playing of sound recordings, including publicly transmitted sound discs, cassettes and video tapes by recording equipment. Examples of this include broadcasting music or shows to consumers in a hotel, restaurant, shopping mall or dance hall, as well as broadcasting music used by concert.

The act of broadcasting to the public through technical equipment that transmits sound is interpreted as a mechanical performance/broadcasting of sound recordings, which includes the use of recording equipment to publicly broadcast records, audio tapes and video tapes with performances. Examples include hotels, restaurants, shops, and dance halls broadcasting music for customers, as well as the musical accompaniment used in song and dance performances and concerts. In the 2010 Copyright Law, only songwriters have the right of performance. After the implementation of the 2020 Copyright Law, record producers have the right to receive remuneration at the same time.

It is worth noting that the copyright law applies a statutory license to the use of musical works (lyrics and composition) in broadcasting by radio and television station. However, the payment for the use of sound recordings in broadcasting stipulated in the 2020 copyright law does not belong to the statutory license. The right holder enjoys the right to remuneration without the basis of license. Due to the different rights basis, it directly affects the practice of fee collection, such as who will be the collecting party, the formulation and implementation of the remuneration standard. All of these are inseparable from the collective management organizations (CMOs), which I will analyze below.

The scope of activities of copyright CMOs will be greatly expanded, and the sources of fees will continue to increase

The Music Copyright Society of China (MCSC) is a collective management organization manage the rights for songwriters. In the past 10 years, MCSC has been working on the statutory licensing of broadcasting rights and the licensing on digital service platforms. The expansion of broadcasting rights in the new copyright law and the right to get a second remuneration for the use of music in other audio-visual works will all become the new collecting source of MCSC.

The China Audio Video Copyright Association (CAVCA) is a CMO that manages the rights of audio-visual owners. In the past, restricted by the types of rights of sound recordings, its main activities were limited to the collection of fees for karaoke use of music videos. The 2020 Copyright Law grants the remuneration rights to sound recording owners for the use in broadcasting and performances. The rights are difficult to exercise for right holders, which are suitable for unified exercise through collective management. Therefore, the scope of activities of CAVCA will greatly expand and the number of members will increase gradually. As for the fee standard and the method of collection, it is waiting for the implementation rules of the law or the supporting amendments to the collective management regulations to be clear.

It is worth noting that the new law makes it clear that users can solve the disputes about royalty standards through administrative departments and courts, which makes up for the gaps in the existing law and provides a legal basis for standardizing the collection behaviour of CMOs in China.

The 2020 Copyright Law improves the legal status of the right holders, and the music industry welcome the changes. The development of China’s music market has attracted more and more attention from international counterparts in recent years. According to the global music report released by IFPI, the scale of China’s music record market continued to expand rapidly in 2020, ranking seventh in the global music market. It is believed that with the implementation of the new copyright law, music rights holders will get more income and attract more international music rights holders to participate in this market. In fact, since the promulgation of the new law, the author has been receiving business consultation from some overseas copyright companies. It is doubtless that China’s music industry will usher in a new round of development under the protection of the new law.

Ms. Cherry Guo specializes in entertainment laws, especially in music industry. She was working as an in-house legal counsel in the International Federation of Phonographic Industry (IFPI) for six years before beginning to practice law in China in 2000. Benefitting from industry experiences, she is one of the top copyright lawyers in the entertainment industry in China.

Cherry has rich experiences in IP litigations and is especially good at handling complicated internet-related copyright disputes and unfair competition disputes. She has represented thousands of IP cases in courts around the country. Many of them were selected in the Top 10 most influential IP cases in China. For example, one of her cases regarding unfair competition was simultaneously selected by the Supreme People’s Court as 2019 China’s 50 Typical IP Cases, the 2019 Beijing Court’s Top Ten IP Judicial Protection Cases, the 2019 China Top Ten Entertainment Law Cases and the Top Ten influence cases in the field of Chinese culture and media in 2019.

Cherry is a guest tutor in the law school of Civil and Economic Law of China University of Politics and Law. She is also a senior trainer at the Dianjing Internet Lawyer Institute.