The unintentional consequences of unintended claims 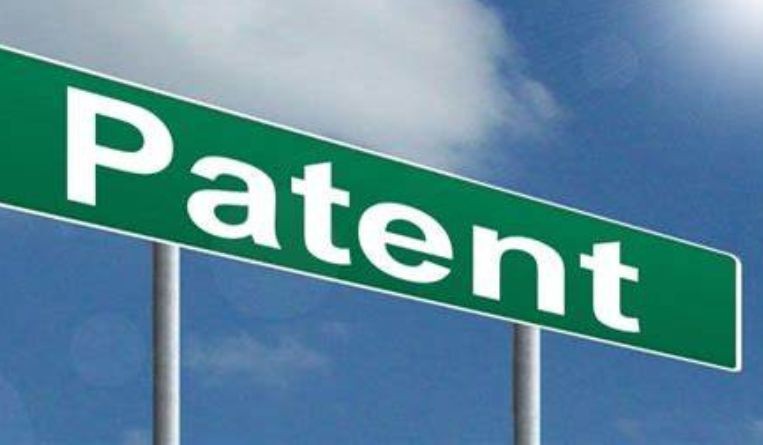 An unintended claim refers to the features of an invention that are not intended to be claimed, but are nevertheless included in a drawing of a patent specification.

To begin with, jurisdictions and patent offices have different guidelines for design patent drawings. It is important that these drawings are compliant with these guidelines.

An unintended claim may be the result of a design drawing that is not compliant with the guidelines. It could be possible that the drawing was not prepared carefully, and thus lack clarity. Because of this, the design drawing may include unnecessary components.

For example, a disclosure of a wind turbine whose novelty lies in its components that allow efficient production of electricity also includes the improved design of the turbine blades in the patent drawings. The turbine blade design is primarily not intended to be claimed. It is an unnecessary feature included in the drawing. Thus, it becomes an unintended claim.

To put it simply, an unintended claim discloses more than what it really claims in a patent specification.

“As a rule of thumb, one or more drawings as disclosed along with the patent specification must be evaluated for what they reasonably disclose and suggest to the person having ordinary skill in the art,” said Sarmad Hasan Manto, managing partner at Audiri Vox in Karachi.

It is interesting to note that in China, partial design patents were not allowed before June 1, 2021, when the 4th amendment to the country’s patent law came into force.

“Taking the automobile industry as an example, car designers tend to keep similar design styles over generations of vehicles. Usually, only some parts of a car are redesigned for a new generation. In these circumstances, if novel designs are made on the front face of a car, beside filing patents for components such as front bumper fascia and front grills, the car designer may want to file a design patent for the front part of the car,” explained Kim Lu, partner and manager of the patent team at Chang Tsi & Partners in Beijing.

Such patents for partial designs were only given the greenlight in China on June 1, 2021. Prior to this, a claim had to cover the whole invention or product, and not parts of it. This created problems as far as unintended claims were concerned.

First of all, an unintended claim opens the door wider for potential infringers. It is open to misinterpretation by the courts, may significantly narrow the scope of the claim and affect the outcome of an infringement case.

“The shape of a design is not understood in a correct way. This has an impact, for example, in infringement cases when designs are compared to find out if there is an infringement or not,” said Irmeli Nokkanen, a lawyer and European design and trademark attorney at Papula-Nevinpat in Helsinki.

Still citing automobiles and car designers as an example, Lu explained: “Before the availability of partial design, the claim of the design had to cover the whole car and thus contained considerable unintended features. If a potential infringer made a car which appropriated only the novel design of the front part and intentionally changed the design of the middle and back portions of the car shown in the design patent, the competitor may not be infringing the patent if the overall appearance of the claimed design and the accused car are different. However, if it were allowable to claim only the design embodied in the front face of the car, the result can be totally different.”

In Malaysia, industrial designs protect the shape, configuration, pattern or ornament applied to an article, according to Chris Hemingway, a director at Marks & Clerk in Kuala Lumpur. Other countries also have similar criteria for protecting the appearance of an article.

“Generally, line drawings from different angles and /or isometric views are preferred. However, in some countries, notably the U.S., contour lines are often used to express shape, and this can cause a problem in other countries where they may be deemed as ornamentation instead if not specifically disclaimed, thereby limiting the scope of protection,” said Hemingway. “In other words, without said lines, a third-party article may not be deemed to infringe against the intentions of the design owner.”

Zhejiang Jianlong Sanitary Ware Co., Ltd. v. Grohe AG [2015 Civil Review No. 23], a landmark case in China, illustrates how an unintended claim may affect enforcement of a design patent. One of the key issues involved was how the shower head handle’s push button, an unintended claim of the patent, impacted the determination of infringement.

Grohe then appealed to the Zhejiang Higher People’s Court. It stated that, among the features of the concerned design of the shower head, the design of the runway-like outlet surface is the essential feature.

The Zhejiang High Court maintained this statement by Grohe, saying that the essential feature, in this case the design of the runway-like outlet surface, has the most notable influence on infringement determination. It noted that the accused product has a similar design of the runway-like outlet surface. The high court also added that differences related to other features, such as those in connection with the push button, are functional or insignificant. Thus, the high court determined that the product falls within the scope of the patent.

Zhejiang Jianlong appealed to the Supreme People’s Court. The latter cited Article 11 of the Interpretation of the Supreme People’s Court on Several Issues Concerning the Application of the Law for Review of Disputes over Patent Infringement, which stipulates that “when determining whether the designs at issue are the same or similar, a court should, based on the design features of the patented design and those of the allegedly infringing design, conduct a comprehensive review of the overall appearance of the designs.”

“The Supreme Court held that although the accused product uses a similar runway-like outlet surface design, it also adopts many different design features that pose notable influence on the overall appearance. A major difference highlighted by the Supreme Court is the lack of runway-like push button in the accused product, which clearly is an unintended claim according to the arguments of Grohe. Based on these different features, the Supreme Court held that the product does not fall within the scope of the patent and reversed the judgment of the second instance court,” said Lu.

The above examples show how an unintended claim works: It diminishes the value of a patent because in the first place, it does not, in any way, protect what the patent holder believes it is supposed to protect.

Aside from these, an unintended claim may also be used or cited as a prior art for similar inventions in the future.

How to avoid unintended claims

Lu advises designers to still consider filing applications to cover the design of the whole product even if China now allows patent protection for partial designs.

“Filing a design patent application to cover the whole product is still advisable. It generally has higher survivorship in the invalidation procedure. The courts also already developed precedents and rules so that novel features are paid more attention in infringement determination,” Lu explained.

“With the partial design system, we suggest filing applications for the parts that reflect key design points. Although the Chinese Patent Office has not yet published specific criterions of drawings, brief explanation, unity requirement, etc., the designers should not wait and are encouraged to file applications based on the draft guidelines, as did many applicants,” said Lu.

Nokannen emphasized that the drawing should show the design from different sides. Thongdeetae agrees.

“To avoid any problem on an unintended claim, the patent drawings to be filed should be represented by the line drawings, pictures or computer graphics – in right and left side, top and bottom, front and rear, perspective views – in a manner as worked actually and/or intended to actually work in the future,” said Thongdeetae.

According to him there is still no definition or precedent case specific to “unintended claims” in design patent drawing at either the Thailand patent office or the Central Intellectual Property and International Trade (CIPIT) Court. The CIPIT is a specialized court in Thailand for intellectual property disputes.

“Similarly, colour should preferably be avoided, either as part of the article or the background, to avoid limiting the scope of protection to the same,” said Hemingway, “unless of course this is intended.”

Of course, it also helps to have an experienced patent illustrator to create your patent drawings. An experienced illustrator is familiar with drawing conventions and guidelines and knows the right techniques, making him capable of preparing drawings in ways that will avoid the misstep of an unintended claim and its unintentional consequences.