The Khadi and Village Industries Commission has forced e-commerce portals such as Amazon, Flipkart and Snapdeal to remove over 160 links selling products in the name of Khadi.

In fact, KVIC has taken various initiatives to protect the trademark, Khadi, in India and the rest of the world, says Vinai Kumar Saxena, chairman of KVIC in Mumbai. “To prevent any misuse of such in India, KVIC has already had its trademark registration on the word, Khadi, for different classes.”

While Khadi represents India as much as champagne does to France, has KVIC applied for geographical indication yet? Ashish Marbaniang, a partner at K&S Partners in Gurgaon, has the details.

In a statement made earlier, KVIC stated that it has served legal notices to over 1,000 firms using the brand name “Khadi India” to sell their products and thus causing damage to its reputation and the loss of work to Khadi artisans.

It further stated that after KVIC served legal notice, Khadi Global has discontinued using its website, removed its social media pages and spent 10 days to take off all listings related to Khadi. KVIC’s action has also resulted in shutting down a number of stores across India that were selling counterfeit Khadi products.

To streamline use and registration of Khadi by third parties, KVIC keeps a very strict vigilance over the misuse of Khadi which is conducted in various levels, Marbaniang explains in detail.

The e-tailers mentioned in the introduction were selling products such as Khadi masks, herbal soaps, shampoos, cosmetics, herbal mehandi, jackets and kurta through different sellers using the Khadi brand. This created a false impression among online buyers that these commodities were genuine Khadi products. KVIC also stated that a majority of the products that have been removed were being sold by one Ayush E-Traders. This firm has confirmed to KVIC that it has removed 140 links for various products that were being sold as Vagad’s Khadi Products.

There has been a steep rise in violation of the Khadi trademark as popularity of Khadi grew manifold in recent years after the Prime Minister’s appeal to buy Khadi products. Exploiting this opportunity, a number of online sellers began selling random products in the name of Khadi and hundreds of stores mushroomed in different cities. During lockdown, online sellers of fake Khadi products were everywhere so in order to combat them, KVIC launched its own website to sell a range of 300 genuine products.

KVIC has put in place a robust online enforcement plan for effective monitoring of Khadi India trademark rights. It has employed a dedicated legal team, a mix of human and technological tools to ensure a systematic and continuous monitoring and takedown of unauthorized products being sold in the name of Khadi.

Further, KVIC is educating all registered Khadi institutions engaged in manufacturing Khadi products that their mere registrations with KVIC  do not authorize them to re-authorize anyone to use Khadi trademarks or Khadi India logo unless that firm obtains proper license from KVIC. Are people complying, though? Saxena has the answer.

In August, KVIC issued legal notices to two firms Khadi Essentials and Khadi Global for selling cosmetics and other products in the name of Khadi without authorization. Have they stopped selling them or continued to do so? Saxena reveals. 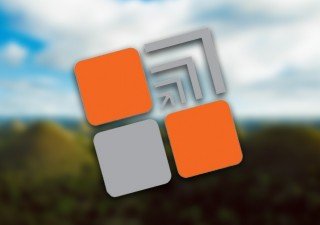