GI Registration for Rasgulla: Sweet News to be Taken With a Pinch of Salt? 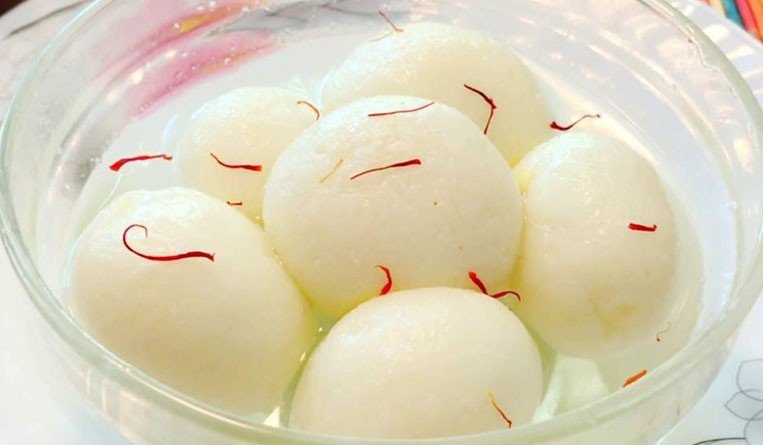 The newsfeeds of intellectual property enthusiasts and connoisseurs of fine desserts were recently inundated with news of rasgulla – a syrupy dessert of dumplings popular in India – being granted geographical indication registration in India. In the midst of all the hype and hoopla, Mamata Banerjee, chief minister of West Bengal (a state in the east of India), went on to tweet “Sweet news for us all. We are very happy and proud that #Bengal has been granted GI (Geographical Indication) status for Rosogulla.” The news was so well-received that (despite these times of severe austerity across the globe) an event was purportedly organized by some local groups during which an enormous (and reportedly record-breaking) rasgulla weighing over 9 kilograms (and several hundred calories) was made. Unfortunately (but rather unsurprisingly) in this era of (to use the rather clichéd phrase) fake news, several media outlets appear to be propagating myths in relation to the said GI registration. This article therefore attempts to ‘see the wood from the trees’ pertaining to this burning issue.

Before delving into the technical details of the case, here is a general overview of some of the terms bandied about in relation to the subject matter: rasgulla is a dessert which is extremely popular in the Indian sub-continent (in jest, it can be considered to be a distant cousin of the gulab jamun, another well-liked dessert). The term rasgulla is derived from the words ras (which means juice) and gulla (which means a ball). Indeed, rasgulla is also referred to as the rôshogolla (as it is pronounced in Bengali, a widely-spoken Indian language), rasagola or rasogolla in other parts of the sub-continent. Further, for the uninitiated, GIs are indications which identify a good as originating in the territory of a country, or a region or locality in that territory, where a given quality, reputation or other characteristic of the good is essentially attributable to its geographical origin as set out in Article 22 of the Agreement on Trade-Related Aspects of Intellectual Property Rights. A GI right enables the registrant to use the indication and to prevent unauthorized use of the same in relation to products which do not conform to applicable standards.

On September 18, 2015, the West Bengal State Food Processing & Horticulture Development Corporation Limited filed application No. 533 with the Registrar of Trade Marks and Geographical Indications in Chennai for the registration of the GI for “Banglar Rasogolla” in Class 30 in relation to ‘food stuff (rasogulla)’. The application specified that the said sweet is made from ball shaped dumplings of channa (an Indian version of cottage cheese) and dough, cooked in a light syrup made of sugar. Further, it states that the size of the rasgolla varies from approximately 3.7 cm to 6.2 cm. In addition, the application specifies that the geographical area of production is all over West Bengal (excluding Darjeeling District).

Extensive evidence was filed in support of the application. The Registry first raised several formality objections, including seeking clarification as to how the applicant represents the interests of the producers of the goods bearing the GI applied for. Thereafter, several substantive objections were also raised by the Registry in the examination report. After a response was filed, and further examination was carried out by the Registry, the GI was registered and the certificate of registration was issued on November 14, 2017. The term of the GI registration is for a period of 10 years, and subject to renewal in due course.

The Geographical Indications of Goods (Registration and Protection) Act does indeed provide for pre-grant opposition. In other words, any person may, within a stipulated period from the date of publication of an application for registration, oppose registration of the GI. However, interestingly, in this case no opposition was filed, not even by representatives of the State of Odisha, (although the subject application is for ‘Banglar Rasogolla’ and not for any other variant of the rasgulla) or by other affected parties. As a consequence of the said GI registration, the registered proprietor and the authorized users are conferred the right to obtain relief in respect of infringement of the GI and, of course, the authorized users are conferred the exclusive right to the use of the said GI in relation to the said goods.

It is possible for any aggrieved person to file an application to the Registrar (or to the Appellate Board under certain circumstances), for rectification and/ or correction of the Register in relation to the said GI registration. Further and/ or in the alternative, any person aggrieved by an order or decision of the Registrar may prefer an appeal to the Appellate Board. This certainly isn’t the last we have heard of this developing story. Indeed, it wouldn’t be a surprise if aggrieved parties knock on the doors of the higher echelons of the judiciary in relation to this matter.

Shares Share Tweet LinkedIn Email
GI Registration for Rasgulla: Sweet News to be Taken With a Pinch of Salt?