Looking at patentability exceptions through a judicial lens 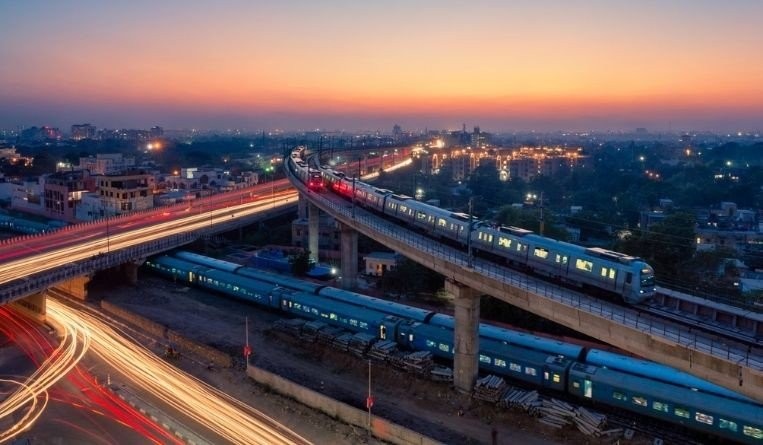 When Justice Ayyanger recommended Section 3 exceptions to patent eligibility, he recorded the reason for such preemptions that these inventions are universally not patentable. He in fact quoted reported case laws for each exception. He relied on the preemption as a doctrine to bar protection for subject matter that does not amount to significantly more than existing judicial exceptions at that time. The codification of these patentabity exceptions left behind all the judicial precedence elsewhere and opened a path for new interpretations and application of the law by the Indian courts.

Justice Ayyanger summed up his comments on the exhaustive nature of the exceptions to patentability when he suggested a revision of the terms of Clause 3 by an exhaustive enumeration of claims, which are not patentable. He further emphasized that:“In addition I have included the several types of inventions or alleged inventions which are universally or almost universally not patentable. I consider that if a statute proceeds to define what is not patentable, it is much more satisfactory that it should be as exhaustive as possible in respect of that matter rather than that some portion of it should be left to be dealt with on the basis of the case law on the subject, particularly in view of the non-availability in India of reports of cases dealing with this branch of law. The form I have adopted would leave not much room for doubt or ambiguity and would make the administration of the Act easier.”

This means that he 1) clearly looked for an easier implementation of these provisions and 2) looked forward for evolvement of judicial precedence on these exceptions to patentability. He, in fact, left enough room for further enquiry into technical advancements or facts pertaining to specific feature of patentability exceptions. He looked forward for courts to protect, preserve and promote patent law jurisprudence to match with such practice other jurisdictions.

For example, if we examine the position of “new use” and “aggregation” type of rejections after the year 1970, we will find that “new use” inventions were barred in other jurisdictions as well for the simple reason that these inventions failed to embody new applications of principles from those inherent in the manufacture they employed. Similarly “aggregations” were denied patents for the being known application of principles that operated independently of each other without a single purpose.

In both of these exceptions, patentability mandated something more than just the principles applied. To avoid refusal of “new uses,” a principle must be embodied that is not inherent in the device employed. Similarly, to escape refusal on “aggregation,” a plurality of principles must be applied in a novel manner to obtain a single purpose. In other words, the collective satisfaction of these requirements was considered “invention,” or novelty in the application of principle beyond the work of the skilful mechanic. Consequently, these judicial doctrines of “new use” and “aggregation” became obsolete as tests of patent eligibility.

Introduction of separate statutory provisions for novelty and non-obviousness under the Patent Act Amendment of 2002 partitioned the determinations of eligibility of subject matter eligibility under Section 2(1)(ja) and non-patentable subject matter under Section 3. The marginal note of Section 3 – “What are not inventions” – and the starting phrase that “the following are not inventions within the meaning of this Act” give clear indications towards preemption of the listed non-inventions from patent eligibility.

A cursory examination of the individual provisions of the listed exclusions will point towards the need to perform a novelty or inventive step inquiry to these legislative preemptions as well, irrespective to the above said preemption inquiry. For example, the wording of Section 3(a) “which claim anything obviously contrary to well established natural laws” or the use words “mere discovery,” “discovery,” or “mere” or “known” in Sections 3(c), (d), (e), (f) and (m) carries the burden of qualified novelty and inventive step inquiry to become eligible for patent grant. This clearly indicates how the subject matter eligibility test should be done at examination level. In Yahoo v. Rediffmail, the Intellectual Property Appellate Board (IPAB) laid down the following procedural guidelines:

19. The Act defines ‘what is an invention’ and then marks out which inventions are not patentable. So the first test is the patentability test. If what is submitted falls within the S.3 subjects, then we need not explore further. If it does not, then we examine whether it is an invention as defined in S(2). If it satisfies the definition, it will have to cross the tests of novelty, non-obviousness, anticipation, disclosure etc…………….. Though one might justifiably decide first if the invention is patentable. If it is not patentable i.e. it falls within S.3 exclusion, then it might not be necessary to labour too much on the rest of the tests.

Therefore, the subject matter preemption inquiry should not be mixed with the novelty and inventive step determination under Section 2(1)(ja) where preemptions are absolute. These preemptions in the patent law are required to keep the fundamental tools open from any monopoly for encouraging further scientific inquiry. In Yahoo, the IPAB found the business method exception to patent eligibility to be absolute as even the improved business method argument did not find favour with the IPAB to make it eligible for a patent.

The role of courts in carving out exceptions within the exclusions is commendable. In other jurisdictions, for example, a mathematical formula for computing an alarm limit in a catalytic conversion process was found to be patent eligible [Parker v. Flook]. Similarly, the court in Diamond v. Diehr held that the claimed process containing a mathematical formula that implements or applies that formula in a structure or process to be eligible subject matter, as the court did not view these claims as an attempt to patent a mathematical formula but rather to be drawn to an industrial process for moulding rubber products. In this case, the claimed invention, when considered as a whole, was found to be an application of a mathematical formula that met the statutory requirements of patent eligibility. That means the mere presence of a mathematical formula would not attract absolute preemption under Section 3(k). This point gets support from the recent decision of the Delhi High Court and later of the IPAB in Ferid Allani patent application in which a computer program with technical effect was found to be patent eligible. This interpretation of the Delhi High Court and the IPAB suggests that while invoking patentability exception under Section 3(k) for a computer-related invention, a “computer program per se,” exclusions should be interpreted narrowly, leaving sufficient room for patent eligibility involving technical character or advance. The IPAB, in a reasoned judgment, allowed a patent on the application that was rejected twice by the patent office. The IPAB ruled that if the invention demonstrates a “technical effect” or a “technical contribution,” it is patentable, even though it may be based on a computer program.

It is high time to take a new look at the examination approach towards the inventions preempted under Section 3. The purpose of legislative intent would be served if the absolute preemption is limited to cases such as Section 3 (b), (h), (i), (j), (l), (n) and (o) where there is no iota of doubt of understanding the subject matter meant for absolute execution from patent eligibility. However, special regard to the lack of novelty or inventive faculty must be given to exclusion involving the use of words like “which claim anything obviously contrary to well established natural laws” or the use words “mere discovery,” “discovery” or “mere” or “known” new use, or new property. The recent Delhi High Court and IPAB ruling in Ferid Allani cleared the mist of doubt surrounding the preemption on the patentability of computer-related inventions under Section 3(k) when it was ruled that patentability of such inventions must be tested on the fulcrum of “technical effect” and “technical contribution.”