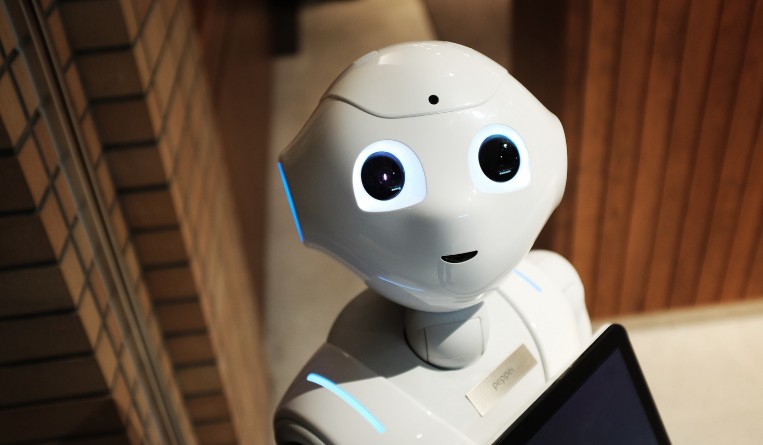 Artificial intelligence (AI) refers to the simulation of human intelligence performed by a computer. Although artificial intelligence dates back to the 1950s, nowadays it has become more popular in our day-to-day life through its use in transport, banking, social networking, automobiles, healthcare, personal devices, telecommunication, computing, etc. It is rapidly entering into every technological field.

The creation of new ideas is often protected by intellectual property, in which patents are the most obvious form of protection. In India in 2018, there was an increase of about 10 times in the filing of patent applications related to AI compared to 2012. This is in line with global AI patent production activity, which saw similar growth during this period, according to a report by the Center for Security and Emerging Technology at Georgetown University. Globally, India ranked eighth in the number of patent families related to AI; the top spot is occupied by China, followed by the United States, Japan and South Korea. It is surprising to note that in comparison to other Top 10 countries, India had no AI patent prior to 2002. In less than two decades, there has been a sharp rise in this domain and, as a result, India has moved up to within the Top 10 countries.

SOURCE: Center for Security and Emerging Technology
With increased used of AI in most fields without human intervention, a question arises for patent laws, namely, whether to grant a patent for an invention which originates through AI or not. As per US patent law, an inventor is the individuals or natural persons who invented an idea for application and contribute to the claims of a patentable invention. On the contrary side, the definition of inventor as per Indian patent law, is “an individual or natural person who perceives and conceptualizes the subject matter of the invention.” Moreover, the patent act also includes non-person entities such as government organizations as patentee for an invention, thus creating a doubt in interpretation as to whether or not a patent can be granted in India for an invention created by or with artificial intelligence.

Considering that India’s AI patent numbers have increased significantly, the patentability of AI-created inventions and their inventorship is a big challenge as per the current patent regime. In general, in order to get a patent, one has to fullfil three criteria of patentability: novelty, inventive step and industrial applicability. As per the Indian Patents Act, 1970, there is absolute novelty requirement similar to that in the Convention on the Grant of European Patents (EPC), which means that the invention is considered to be novel if it is not available in the public domain anywhere in the world by means of written or oral description, by use, or in any other way. Further, the patentability of software-related inventions falls under non-patentable inventions and is determined by Section 3(k) of the Patents Act, 1970 along with the Guidelines for Examination of Computer Related Inventions (CRIs) published by the Office of the Controller General of Patents, Designs and Trademarks.

As per Section 3(k), a mathematical or business method or a computer programme per se or algorithms related invention are not patentable matter unless the invention shows technical advancement over the existing prior art(s). Another criteria of the patentability as per Section 2(1)(ja) of Indian patent act is that the invention possesses “inventive step,” which means that it involves technical advancement compared to existing knowledge or having economic significance or both, which makes the invention non-obvious to a person having ordinary skill in the art. Now the question arises when an invention is developed through AI how the inventive step criteria of patentability will be fulfilled.

One hope for protecting an AI-related invention can be seen in the Copyright Act, 1957 under Section 2(ffc), where the term computer program has been defined. The act protects the algorithm in the form of codes or schemes, including a machine-readable medium which make the machine to perform a particular task or achieve a particular result. But this hope has been diminished by the 2002 guidelines, where most computer-related inventions were deemed ineligible for patents.

From 2015 to 2017, the Indian patent office issued three examination guidelines on computer-related invention (CRIs) to give the clarity on prosecution of software related invention; still, the guidelines excluded computer programs or algorithms from being patented. Thus, in order to get patent protection, one has to include hardware along with AI algorithms and method of device, except for individual code/algorithms.

Another major hurdle for patenting AI-related inventions arise relates to the exclusive right, which as per the law is assigned to the true and first inventor, and specifically to a natural person. Thus, when the patent law was made, the concept of machine-as-inventor did not exist, therefore the invention right has been given only to humans. However, with the development of technology, when a machine is contributing significantly – or in some cases completely – to an invention, the question of inventorship, especially when it is co-shared with a machine, arouses the question whether the machine, which is neither morally nor legally bound to uphold these rights, is the inventor,

Although in India there has been a rise in the number of patent filings in AI-related inventions, mostly in the field of personal devices, computing devices and also in biomedical applications, diagnostics and lab-related activities due to the Covid-19 pandemic, there still is no clear-cut guideline or rules that can be applied to AI-related inventions. Thus, it is important that appropriate policy has been put in place to deal with AI-generated inventions. In today’s fast developing world of technology, when AI may be improving at an exponential rate, it may become a significant part of the research and development, and it will be seriously problematic, if we lack clear IP policy on how to protect AI-generated inventions and to determine who should be listed as an inventor and who takes ownership of these inventions and the related patents. 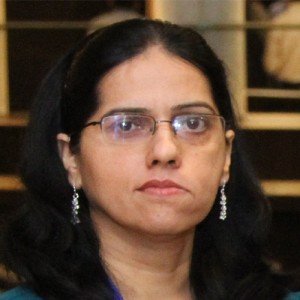 Niharika Kumaria is a managing associate at LexOrbis in New Delhi. She holds a doctorate in chemistry from the Central Drug Research Institute, Lucknow, and has more than 18 years of experience in intellectual property, primarily in the field of patents in R&D of leading pharma companies like Jubilant Generics, Biocon India, etc. She has a strong mix of technical, analytical and leadership skills to lead various project teams. Her particular practice area includes assessing patentability, freedom to operate analysis, drafting, prosecution at both the Indian patent offices and foreign patent office especially pertaining to the field of chemicals, organic chemistry and pharmaceuticals. She can also advise client in product identification, competitive intelligence across various therapeutics segments and market based on patent coverage and business needs.