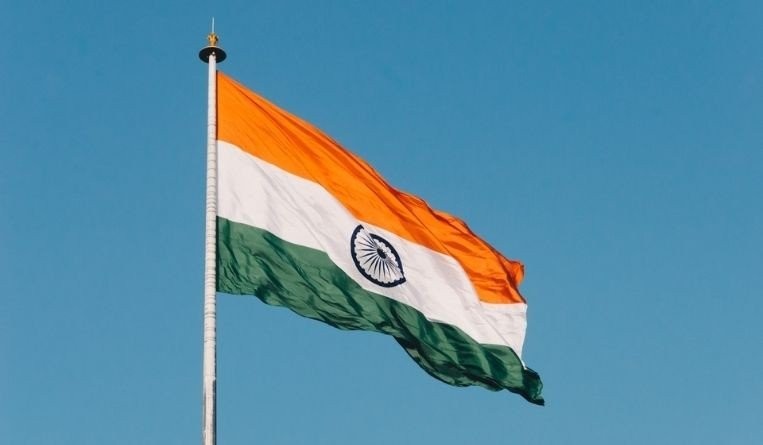 The provisions related to the sufficient disclosure of the invention are stated under Section 10(4) of the Indian Patents Act, 1970. It reads as:

(4) Every complete specification shall—

(a) fully and particularly describe the invention and its operation or use and the method by which it is to be performed;

(b) disclose the best method of performing the invention which is known to the applicant and for which he is entitled to claim protection; and

(c) end with a claim or claims defining the scope of the invention for which protection is claimed;

(d) be accompanied by an abstract to provide technical information on the invention.”

Section 25(1)(g) of the Patents Act: Any person to file a pre-grant opposition against a pending patent application on the ground that “the complete specification does not sufficiently and clearly describe the invention or the method by which it is to be performed.”

In the matter of the Indian Patent Application No.396/DEL/1996 filed by Gilead Science Inc., lead controller K.S. Kardam passed an order dated March 23, 2009, to refuse the application based on the pre-grant opposition filed by Cipla Limited. One of the grounds of refusal was insufficient disclosure. The controller stated:

“In order to satisfy the requirement of sufficiency of description, the applicant for patent is under public duty to satisfy at least following three conditions, namely:

Since the sufficient disclosure of the invention to the public through the specification is the basis of the patent grant, the controller[being the custodian of the public rights]has to consider the rights of the public so that the public can exploit the invention commercially[without doing further experiments] after the expiry of the term of patent. Therefore the controller has to ensure that the description and claims provided in the specification are clear and succinct but not ambiguous to be understood by the ordinary skilled person.

In the case of Press Metal Corporation Limited v. Noshir Sorabji Pochkhanawalla (AIR 1983 Bom), it was held that: “It is the duty of a patentee to state clearly and distinctly the nature and limits of what he claims. if the language used by the patentee is obscure and ambiguous,. no patent can be granted and it is immaterial whether the obscurity in the language is due to design or carelessness or want of skill. It is undoubtedly true that the language used in describing an invention would depend upon the class of persons versed in the art and who intend to act upon the specification. In the present case as already stated above, the invention is described in an obscure and ambiguous language, and on the ground also the patent is liable to be refused under Section 25(1)(g).

Section 25(2)(g) of the Patents Act says: “Any person interested to file a post-grant opposition against a granted patent (within one year of the date of grant) on the ground that ‘the complete specification does not sufficiently and clearly describe the invention or the method by which it is to be performed.’”

In the matter of Patent No. 198079 (693/ MAS/2000) granted to A.R. Safiullah, lead controller J. Meena passed an order dated April 17, 2009, revoking the patent after a post-grant opposition filed by Mr. M. Mariappan. One of the grounds of opposition was insufficient disclosure under Section 25(2)(g). There was lack of clarity in explaining the features of the invention and also about operative components and their functions which considered insufficient for a person skilled in the art to carry out the invention. The controller held that: “The basic essence of patenting is to give full and complete disclosure to public so that the invention can be carried out based on the teachings of the specification and thereby give monopoly, right in exchange of these.”

Section 64(h)of the Patents Act says that the patent may be revoked on a petition of any person interested or of the Central Government by the Appellate Board or on a counter-claim in a suit for infringement of the patent by the High Court on the grounds“that the complete specification does not sufficiently and fairly describe the invention and the method by which it is to be performed, that is to say, that the description of the method or the instructions for the working of the invention as contained in the complete specification are not by themselves sufficient to enable a person in India possessing average skill in, and average knowledge of, the art to which the invention relates, to work the invention, or that it does not disclose the best method of performing it which was known to the applicant for the patent and for which he was entitled to claim protection”;

The concept of sufficient disclosure was explained in Farbewerke Hoechst Aktiengesellschaft Vormals Meister Lucius v. Unichem Laboratories [1969 Bom 255], where the court stated Halsbury’s two branches of insufficiency of description: (i) the complete specification must describe “an embodiment” of the invention claimed in each of the claims and that the description must be sufficient to enable those in the industry concerned to carry it into effect “without their making further inventions”; and (ii) that the description must be fair, i.e. it must not be unnecessarily difficult to follow. It was also stated that any information or process may not be required to be described separately in the specification as an embodiment, which is a part of the common knowledge available to the person skilled in the art. The person skilled in the art can refer to the available literature related to the common knowledge for the purpose of carrying the invention into effect.

Along with being a valid ground for opposition, the insufficiency of disclosure is also a ground for objection by the examiner in the first examination report (FER). Most importantly, apart from the three prerequisites of patentability such as novelty, inventive step and capability of industrial applicability, the patent applications, however, may also be refused solely based on the grounds of insufficiency of disclosure.

There are instances where the patent applications were refused on the grounds of insufficiency of disclosure. Some examples are given below:

In the matter of Patent Application No. 201611017772, lead controller Vishal Shukla refused the matter by his order dated June 12, 2019, where one of the grounds of refusal was “Sufficiency of Disclosure u/s 10 (4)”. It was mentioned in the description that “in an exemplary implementation, the presentation of cultural similarity and/or environmental fitment can be determined based on a cultural evaluation of attributes of an individual, and comparison of such evaluation with cultural aspects of other users in a selected career,” but certain features were not disclosed like how the cultural aspects of individual evaluated, what are the cultural attributes etc. Considering the above, the controller was of opinion that complete specification does not fulfil the requirements of Section 10(4) of the Patents Act, 1970 (as amended).

In the matter of Patent Application No. 7795/DELNP/2007, lead controller Gopal Kumar refused the application by his order dated May 9, 2019, where one of the grounds of  refusal was absence of clarity and conciseness. It was noticed by the controller that various definitions of the invention were given in independent claims, due to which the claims were not clear. The plurality of independent claims made it difficult to determine the scope of the invention. Also, the purpose or object of the claimed apparatus was not mentioned in the preamble of the claims. Few claims recite various means which were not clear in respect of structural features of the said means. There was not support in the description with reference to the claims. The absence of such structural features made the claims indefinite.

To avoid refusal, opposition or revocation of the patent application, it is recommended to disclose the best method of performing the invention, which is known to the applicant and for which he is entitled to claim protection. The disclosure of the inventions should be sufficient for a person with average skill and knowledge of the art to be able to replicate the invention to get the claimed results. Since the requirements of the “sufficiency of disclosure” of the invention are not laid down in specific detail, the applicant needs to ensure that the invention is fully and particularly described. It is to be noted that the inventor has the flexibility in providing relevant information on the specification to suit the needs of the technology and the nature of the invention.

Neha Manoria has a Master’s of Technology (electronics) from Shivaji University and is a registered patent agent. Manoria has 12 years of experience in handling various clients in India and abroad. She started her career with the Dr. D.Y. Patil College of Engineering (Kolhapur) as a lecturer in the IT department, and then she decided to broaden her career in the IP sector. Manoria’s expertise includes (but is not limited to) drafting patent claims and specifications for inventions in electronics, telecommunication and software technologies; preparing responses to office actions, India FERs, India trademarks; working with inventors to write invention disclosures; and working on invalidity searches, patentability/novelty searches, and FTO/clearance searches.

Shivani Shrivastava is a registered patent and trademark agent with more than 14 years of experience in handling matters related to intellectual property rights. She has a PhD in bioinformatics and a Master’s degree in plant science. She works closely with clients and handles their IP portfolios, which include patents, trademarks, copyright, industrial designs, etc. She has expertise in mentoring individuals, start-ups and SMEs, and in assisting in building and managing their IP portfolio. She is also involved in various IP-related business deals, which include IP valuation, due diligence, technology transfer, licensing, etc.