Use of patents as spokes in competitors' wheels 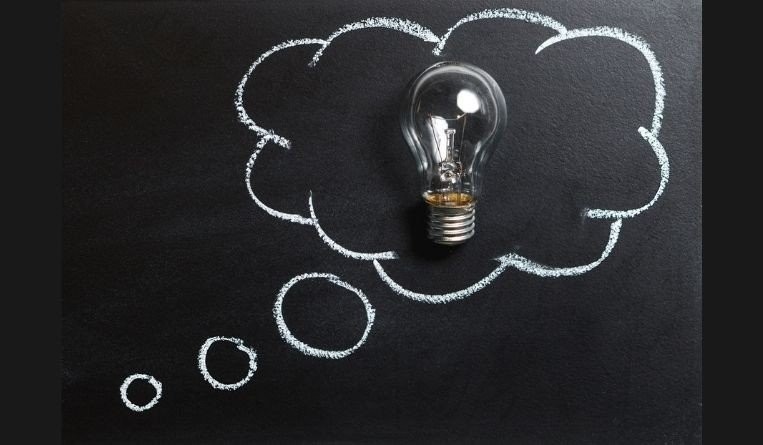 Inventions are independent creations of the inventors. Patents are granted to all inventions which are found novel with inventive step. Normally, inventions covered by patents are meant to be used by inventors internally to introduce new innovative products or to improve internal processes to produce improved products. Another possible way to exploit the patented invention is allow others to use the invention where the patentee sells or licenses the patent. There are many patents which are neither used by the patentee himself nor have been sold, licensed or otherwise allowed to be used by others. These “no use at all patents” are not useless or worthy of any use. According to one European study, 36 percent of patents granted in Europe are never put to any use by the patentee. In some fields like chemical and electronic patents, the number of unexploited patents is as high as 75 percent.

One may wonder why inventors spend time and money to obtain a patent when he does not intend to put it into any use. One possible reason for non-use of patents is their intense use as patent strategy. The real purpose of filing a high number of non-use patents is to smokescreen and to hide the most important subject matter. Inventors also create patent clusters and patent thickets around the subject patent to overlap it with non-use patents that will make it harder for competitors to “invent around” the protected technology. To understand these patent strategies, patents are categorized on the basis of this special relationship with each other in the same field or related technology. This relationship could be blocking, competing or complimentary in nature and content. This categorization is necessary to determining whether the patentee has exceeded the bounds of his monopoly grant and thereby misused his patent. Blocking strategies, in other words, do not intend to protect one’s own inventions, but instead to block competing products. Inherent to blocking patents is the aim to prevent the development of new products and processes. These non-use patents are not meant for creating something new.

Servier had patented a blockbuster blood pressure control medicine called Perindopril. Interestingly, the basic patent on the Perindopril molecule expired in 2003, while some secondary patents relating to processes and form remained in force. In fact, between 2000 and 2005, Servier applied for and obtained a number of process and crystalline form patents in order to create a process patent thicket around the molecule. Since Servier quite effectively applied for patents for all possible crystalline forms and their production processes using alternative paths, this action was purely meant for blocking patents. Interestingly, Servier internally referred to these patents as a “*blocking patent” or “*paper patent”. Additionally, in Servier’s own assessment, some of these patents involved “zero inventive activity.”

When generic companies sought market access, they hit Servier’s patent thicket wall. Whenever generics attacked the validity of Servier’s patents, the company took the safe and easy route and settled with the generics. The fact-finding of the European Commission reveals the strong presence of blocking patent strategies. The European Commission imposed fines of €428 million (US$512.9 million) on Servier and other generic companies based on the reasoning that market access was delayed by buying off competition. This reason was also based on the finding that all the possible synthesis routes that can potentially be industrialized were blocked by these blocking patents and Servier’s use of  this patent blocking strategy by obtaining as many blocking patents as possible. Eventually, this smokescreen of patents held by Servier covered literally all aspects associated with the molecule, its synthesis, production processes, polymorphic forms, etc.

The ruling in Servier v. Apotex [2008] EWCA Civ 445, did not answer certain questions relating to the anticompetitive aspect of blocking patents as the Commission did not consider the originator’s strategy of filing blocking patents a violation of competition law or even patent law. It is altogether another matter that some of these patents were invalidated due to lack of inventive step. For example, European Patent No. 1296947 for the “alpha crystalline form” of Perindopril, which was considered by generic companies as the block to their market entry, was later invalidated by certain national jurisdictions and eventually revoked by the European Patent Office under separate invalidation proceedings.

Sleeping patents refer to those patented inventions for which there exists no market, at least not at present. There exists practically no issue to legally keep such patents under non-use until a suitable market is found. Patents defending the freedom to operate are those patented inventions that may be used, in the hand of rivals, to challenge patentees’ own products or processes. There is no harm to keep surrounding the basic patent with other patents to ward off any competitor from making trivial improvements to obtain a competitive patent. But this strategy suffers criticism at the hands of users of a patented invention where the patentee has no intension to use the later patented inventions. Such patents are viewed by courts as blocking the competition. The third category of unused patents is rightly called blocking patents, as they in the proper sense refer to those patented inventions that categorically block rivals from using a technology, even though the patent holder does not use them himself. The first category concerns those patents whose market potential is unclear, and the second category serves to defend the patentee’s own future activities. But the third category is not for protecting one’s own inventions, but is specially designed to put a spanner in the wheel of future development opportunities of the patent holder’s competitors.

Safeguards against blocking patents in India

Normally, a patentee is free to wait and to not use the patent until he finds a clear prospect of success in the market. There seem to be no legal glitches to keep sleeping patents in hibernation until a suitable market is found. However, exceptions are provided for by the rules on compulsory licenses in the patent laws of nearly all jurisdictions to check the misuse of this practice. Under Section 91 of the Indian Patents Act, 1970, the Controller is empowered to issue a compulsory licence if the patents are so related that neither can be worked without infringing the other. According to Section 91:

“[A]any person who has the right to work any other patented invention … may apply to the Controller for the grant of a licence of the first mentioned patent on the ground that he is prevented or hindered without such licence from working the other invention efficiently or to the best advantage possible.

Provided that the licence granted by the Controller shall be non-assignable except with the assignment of the respective patents.

This situation is encountered when there exists both a basic patent and a subsequent refinement or variation patent. Under these circumstances, neither the patentee of the basic patent nor the later improved patent holder can use the improved product as the use of the basic invention by later patentee would be infringement of prior patent. Similarly, the prior patentee cannot use the improvement or adaptation of the basic patent as it would infringe the later patent. Under these circumstances, certain patents are said to be blocking. This provision in India keeps the misuse of such unused patents in check and allows the working of both related inventions efficiently or to the best advantage possible.

Where the purpose of obtaining a patent is not for protecting the innovations but impeding competitors, it cannot be viewed as defensive patent strategy, but would be tantamount to an offensive or aggressive patent strategy based on such blocking patents. In this situation, the competitor can invoke a compulsory licence and seek the Controller’s intervention under Section 91 of the Indian patent law for grant of a license. This Indian provision is supported by Article 31 and 31bis of the TRIPS agreement where members are permitted to invoke a compulsory licence in cases where the later patent cannot be worked without infringing the earlier one and a voluntary licence is not forthcoming. In case the sleeping patent is not meant to be used and lacks inventive step, the competitor can seek invalidation due to lack of inventive step as done by Apotex in the Perindopril case involving European Patent No. 1296947 for the alpha crystalline form of Perindopril. It is apparently clear that most of the later patents were never used by Servier, but they merely served to strengthen the defence mechanism to deny entry of generics in the market. It is understandable why a patentee has many non-use patents, as it could be part of their strategy to keep competitors away from their market of interest. Normally a blocking patent is one whose production and use would infringe at least in part upon a prior unexpired patent. However, expert advice would be useful to clearly assess the category of the blocking patent and then seeking a legitimate remedy available under the patent law of India and other jurisdictions.

D.P.S Parmar is a special counsel who heads the Intellectual Property Appellate Board (IPAB) practice group at LexOrbis in New Delhi. After joining the IPAB as a technical member (patents) in 2011, he has been instrumental in writing pathbreaking and insightful decisions on Indian patent law issues. These include establishing legal positions on excluded subject matter under Section 3(d), (i) and (k), divisional applications, disclosure requirements under Section 8, working statements and compulsory licenses, to name a few. Before joining IPAB, Parmar worked with the Indian Patent Office (IPO) for more than 27 years and played a vital role both at the administrative and policy levels. He served as the head of the Intellectual Property Training Institute (IPTI) in Nagpur, which was responsible for providing training to new examiners at the IPO.