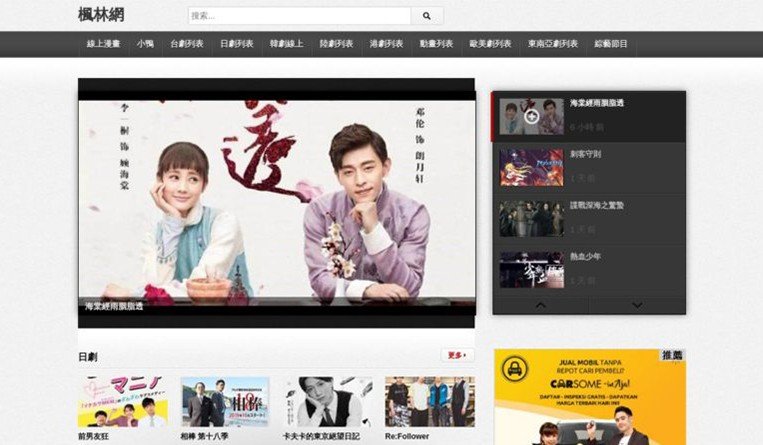 A leading TV and movie download site in Taiwan, also said to be the country’s top video piracy site, has just been taken down.

8maple.ru which is popular in Taiwan, China and other countries, has allegedly committed intellectual property infringement valued at around NT$1 billion (US$33 million).

Two software engineers working for the site, believed to be the proprietors, have been arrested in the Bade District of Taoyuan City.  Cash totaling NT$60 million and two upscale properties in Taoyuan owned by the two men have been frozen. Twenty-five computers, mobile phones and cloud hosts were also seized.

According to the Criminal Investigation Bureau (CIB) of Taiwan, the site sources its content - TV dramas and foreign movies – from Japan, South Korea, Thailand, the United States, Europe, mainland China, Taiwan, among others.

The engineers were said to have profited from the illegal activity by creating a fake advertising firm.  They performed video decoding and put the videos on overseas cloud servers. Whenever a user would like to watch a movie or TV show at 8maple.ru, they would have to click on ads first before they can access the content for free.

Reportedly, the two engineers earned around NT$4 million in advertising revenues via these click throughs. Monthly downloads of content from the site reportedly numbered to around 30 million.

Investigators also said that each of the men, both in their early 30s, had paid NT$16 million in cash to acquire the luxury properties in Taoyuan.

The case has been turned over to the Taoyuan District Prosecutor's Office for further investigation.

CIB officials added that the investigation became possible with the cooperation of the US Motion Picture Association, the Content Overseas Distribution Association of Japan and local TV networks. The latter have been doing investigation work on their own and providing the CIB with information about such illegal activities.