Can you protect your IP with an NDA? 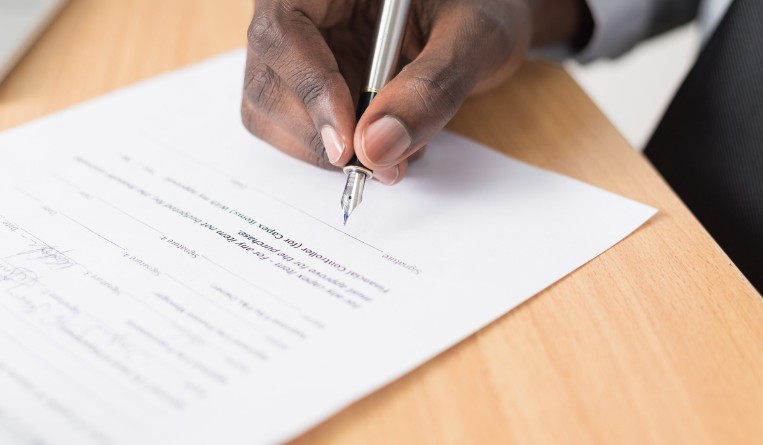 We are living in an era where technology is changing at a lightning speed. In our quest to always want better to reshape the world, innovation is playing a major role. People associated with organizations, research labs, universities, and start-ups are always working on ideas to bring something new and better. Novel ideas form a part of the intellectual property of any organization, and such ideas are assets for the revenue and growth of the organization. This is why it becomes important to protect the assets and a non-disclosure agreement (NDA) comes into being.

An NDA, or a “confidentiality agreement,” is a legal agreement that ensures the confidentiality of proprietary information. It further protects the information from getting leaked in the public domain and defines boundaries. Under Section 27 of the Indian Contract Act, 1872: “Agreement in restraint of trade, void – Every agreement by which anyone is restrained from exercising a lawful profession, trade or business of any kind, is to that extent void.”

The big question is: “Is my idea protected under an NDA?” The answer is “NO.”

As per IP laws, an idea is only subject to legal protection if it has been expressed in tangible forms such as on a piece of paper, a CD, a book or a song, or any other physical form. In other words, a concept that is a mere figment of one’s imagination cannot be protected. Say you have an idea about a coffee machine in your mind. That mere idea of a coffee machine cannot be protected by the NDA. The NDA will come into play after you put that idea in a noticeable, real and physical form.

Nevertheless, having an NDA in place does not guarantee full protection against the misuse of confidential information. Despite the limitations of NDAs, other legal documents and agreements must be utilized in conjunction with the NDA to prevent leakage of information. Since NDA is legally binding, any party violating the terms and conditions signed under NDA would be legally liable to compensate the damages to the aggrieved party.

Depending on the nature of the parties, including low-riskers such as investors and high-riskers such as competitors and start-ups, the type of NDA which should be used varies. Accordingly, NDAs can be unilateral, bilateral, confidentiality deed or multi-party. Investors have the least interest in stealing confidential information as they are only interested in investing their money in the technology. On the contrary, start-ups are at high risk if they share confidential information, which are novel ideas of the invention. An early stage of development of a new product or service is always at high risk of getting copied or stolen by competitors. It thus becomes extremely important for the high-riskers to put their NDA in place before even starting a discussion. Also, any future merger and acquisitions, licensing or sales would require a strong NDA to prevent jeopardizing the confidentiality. Apart from the risk evaluators, even the on-boarding process of new employees requires to have an NDA established between the company and the employee.

It is also important to note it is never ideal to use a pre-defined template as a non-disclosure agreement. Businesses enter into NDAs before discussing new inventions with potential investors. The requirements, including clauses, time duration and specific information that is included and/or exempted, et. al, all need to be taken into consideration while putting together the NDA. For instance, there is no defined time limit given on the duration of the non-disclosure agreement. It may extend for five years, for example, or it may be a non-terminating NDA to protect the trade secrets permanently.

It is noteworthy to mention that once the “confidential information” covered under the NDA is public, the NDA becomes ineffective. An NDA cannot protect something already present in the public domain and accessible to all. Hence, tailoring the clauses to make your NDA enforceable and strong is always a priority and can be done with the help of professional attorneys.

As is said, “prevention is better than cure,” and it is always beneficial to first bring into being the NDA, as they have game-changing power. Take a word of caution: To prevent forfeiting your IP rights, have the parties sign the NDA. With the impressive technological breakthroughs, unmatched quality of information and ideas exchange, and innovation happening, this document is going to be a major player in protecting your IP rights and cannot be ignored.

Priya Singh handles patent prosecution and contentious matters in the Information and Communications Technology (ICT) domain. She has 11 years of extensive experience in patentability and (In)validity searches, infringement analysis, FTO search, technology landscape, patent-to-standard mapping and 3GPP standard analysis, expert patent assessment, evidence-of-use claim charts, and portfolio analysis. Ranging from preparing R&D reports for litigation cases to providing market research, her monumental work deliveries include one-on-one complex wireless projects for some major players and her sales and marketing strategies for Europe, the Middle East and Africa (EMEA) region and Asia-Pacific Countries (APAC). A gold medallist in electronics and communication engineering, she is currently with Anand and Anand as a senior associate in the patents and designs practice.

At the top of her game, Archana is a zealous patent practitioner setting new patent narratives in Indian IP jurisprudence while heading the Patents & Designs department at Anand and Anand, a Tier 1 IP law firm.

Legally, scientifically and technologically savvy, Archana is the go-to person for patent protection, prosecution, pre-grant and post-grant oppositions, appeals, revocations, plant variety protection as she manages an extensive portfolio of patents.  She and her team – an ensemble of lawyers-cum-scientists, engineers, biotechnologists, chemists and physicists -- also provide straightforward advice in litigation.

Domestic and International clients trust her understanding of the key drivers of the industry and the science behind them.  Business-minded, cost-conscious and a thought leader, Archana is ever-ready to take challenges head-on and shift paradigms.