Non fungible tokens (NFTs) – What is the brouhaha all about? 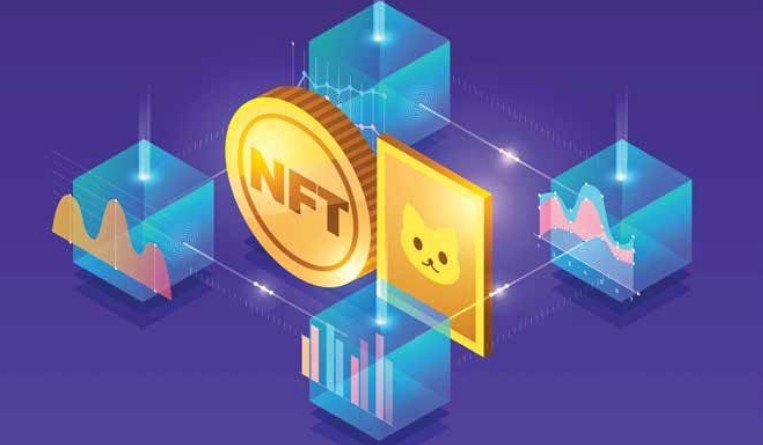 Non-fungible tokens, or NFTs as they are popularly known, have taken the world by storm – so much so that Collins Dictionary picked NFT as the word of the year in 2021. It defines a NFT as “a unique digital certificate, registered inablockchainthatis used to record ownership of an asset such as an artwork or a collectible”.

Let us assume you own a rare manuscript, the contents of which you wish to share with others. You could scan the entire document, or excerpts of it, and create a digital file. The next step is to create a NFT. You will need to own a digital wallet, upload the digital file on a suitable online marketplace and thereafter, mint a NFT – this is done via a smart contract (software codes) that will create a new token linked to your digital file.

Each token has a unique ID and cannot be directly interchanged with another – it is non-fungible; in contrast, digital assets such as cryptocurrencies are fungible – one bitcoin is much the same as any other bitcoin. Ownership of the newly created NFT is easy to prove as it is recorded in the blockchain. When a buyer purchases this NFT, it is transferred to his digital wallet, and allows the buyer the right to access the digitized manuscript at will, with the blockchain digital ledger recording the change in ownership. Most platforms that enable the creation and purchase of NFTs are Ethereum-based and, typically, will levy a transaction fee on both seller and buyer. WazirX, India’s largest cryptocurrency exchange, launched the first NFT marketplace in India on June 1, 2021. Subsequently, several other digital marketplaces dealing in NFTs have cropped up in the country.

From a buyer’s perspective, it is critical to understand the distinction between owning a NFT of the digitized manuscript versus owning the digitized manuscript itself. One could draw a parallel with owning an original Rembrandt painting versus owning a Rembrandt print. The latter gives no proprietary rights over the original artwork. As a matter of fact, as the owner of a rare manuscript, you can prohibit the NFT owner from creating further copies, or any other derivative works and even ensure you receive royalties from the NFTs resale. All such conditions are coded into the smart contract that created your NFT.

Though many of us may yet be unfamiliar with the intricacies of creating and trading NFTs, the opportunity afforded by such digital assets has been tremendous. By way of example, an NFT of Twitter co-founder Jack Dorsey’s first tweet sold for US$2.9 million.

In India, October 2021 saw the Fashion Design Council of India and Lakmé Fashion Week create ‘FDCI x Lakmé Fashion Week Moments’ NFTs, featuring iconic fashion week moments. Of the five NFTs created, four are already sold. Bollywood stars such as Amitabh Bachchan and cricketers like Yuvraj Singh, too, have jumped on to the NFT bandwagon. In November 2021, Amitabh Bachchan’s NFT collection was sold for nearly US$1 million, the highlight of which was the Madhushala NFT collection – his father’s famous poem recorded in the superstar’s own voice, which sold for more than US$750,000.

Celebrities aside, more traditional brands that have responded to the NFT buzz include British automaker MG Motors, which recently became the first auto company in India to launch its NFT collection. A 97-year-old brand, MG Motors has a rich heritage that includes items which could be of great interest to collectors; thus, it looked at the NFT space to launch individualized, customized AI-enabled art that would allow auto aficionados to own a piece of MG heritage. Interestingly, MG Motors’ platform to sell NFTs allows payment in fiat currency (the Indian rupee) as opposed to cryptocurrency.

A NFT’s value resides in its exclusivity. This begs the question: how does one guard against misuse and exploitation? Since the underlying assets of NFTs are creative endeavours, the issue often involves the protection of intellectual property.

For the buyer of a NFT, the main concern is the scope of rights that come with the purchase of such a token. For instance, if one purchases a digital copy of an artwork, it is important to ascertain if the buyer obtains rights over the underlying artwork such as the right of reproduction or creation of a derivative work. As mentioned earlier, such rights can be bundled into the NFT smart contract. But what happens if a dispute arises between buyer and seller? Will an Indian court of law recognize the transmission of rights per a digital contract analogous to the assignment and licensing of rights that take place vis-à-vis a paper contract under copyright law? Current copyright law mandates that only a written contract ensures lawful assignment of copyright.

The second aspect is well brought out by a recent dispute involving luxury brand Hermès. Artist Mason Rothschild recently put up 100 MetaBirkins – digital images inspired from Hermès’ iconic Birkin bag, each image rendered in bright colours and faux fur and some with artworks like the Mona Lisa and Van Gogh’s Starry Night – up for sale on OpenSea, an online NFT marketplace. Hermès objected, stating that these NFTs infringed upon its intellectual property and trademark rights and were examples of fake Hermès products in the metaverse. Per the artist, the MetaBirkins are a re-interpretation of a known cultural touchpoint. He took issue with OpenSea removing the MetaBirkins from its platform and is now selling them on a different NFT marketplace.

With more and more businesses entering the metaverse (an immersive virtual reality version of the internet where people can interact with digital objects and digital representations of themselves and others), issues such as online trademark infringement, design piracy, misappropriation of personality rights, etc., are bound to rise and taken on new forms and manifestations. Will existing IP frameworks be able to guard right owners from “meta misuse” comprehensively? For instance, when it comes to online misuse, a prominent challenge to IP enforcement today is that of jurisdiction – the internet (and online IP crime) is borderless, but IP laws are territorial. As the metaverse, and with it other technologies such as NFTs, proliferate, it will deepen the challenge posed by this inherent conflict.

In sum, innovation in the digital universe must necessarily be met with innovation on the part of IP owners and IP statutes. One such example is that of Nike filing trademark applications covering digital assets before the USPTO in October 2021. Its applications demonstrate clever drafting of specifications for bringing virtual goods such as footwear, clothing and headwear under the ambit of Class 41 of the Nice classification– traditionally meant to cover education and entertainment services

Currently, there are no laws in India to regulate NFTs or, for that matter, cryptocurrencies, the medium of exchange typically utilized in NFT transactions. However, the situation is likely to change with the Cryptocurrency and Regulation of Official Digital Currency Bill, 2021 (the bill). Scheduled to be introduced in Parliament in the coming days, the bill seeks “to create a facilitative framework for creation of the official digital currency to be issued by the Reserve Bank of India. The bill also seeks to prohibit all private cryptocurrencies in India; however, it allows for certain exceptions to promote the underlying technology of cryptocurrency and its uses.”

Meanwhile, the appetite for cryptocurrencies and NFTs is rising exponentially in India. A report in the Economic Times, one of India’s leading financial papers, states that cryptocurrency investments in the nation increased from US$923 million in April 2020 to almost US$6.6 billion by May 2021, a growth of about 400 percent in only one year. Also, given the increasing popularity (and prices) of digital assets, financial upsides for NFT holders can be significant. However, price volatility is an associated risk as is the current uncertainty surrounding impending regulations. It is important to understand that the value of a NFT will be based on what someone is offering to pay for it – demand will drive prices. Thus, as it is with any other form of investment, one should consider buying an NFT after proper research.

A different angle which bears mention in the context of NFTs is the high carbon footprint of blockchain transactions. One estimate pegs the environmental footprint of the creation of an average NFT at over 200 kilograms of planet-warming carbon!

That said, the interest in digital assets shows no sign of abating. Tracking the NFT universe in the days ahead with its interplay of financial risk and profit, IP laws and crypto regulation, and the emergence of more energy efficient means to secure blockchain transactions is certain to be an interesting exercise

Bisman Kaur is of counsel at Remfry & Sagar with extensive experience in advising on the adoption, protection, assignment and licensing of trademark rights. She keenly follows developments across the IP spectrum and with strong knowledge of IP policy and trends, is a prolific author of articles on varied subjects.

Tanmay Joshi is a partner designate at Remfry & Sagar. He advises clients on trademark portfolio development and maintenance strategies, in India and overseas. He has high awareness and understanding of trending trademark issues, presents often before different audiences and contributes towards policy development.

Shrabani Rout is a senior associate at Remfry & Sagar, where her practice focuses on trademark prosecution. She also writes frequently on trademark issues of