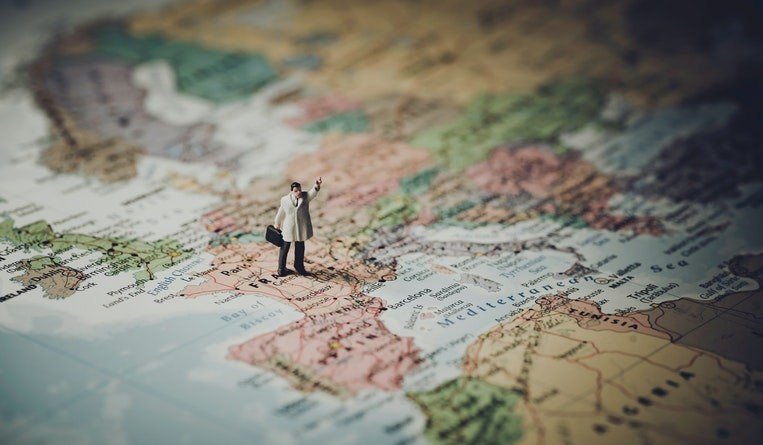 The commercial world is no longer restricted and confined by geographic limitations. Rahul Chaudhry reports from Delhi on a series of cases where, despite lack of actual physical presence, trademarks have been held to have acquired trans-border reputation and thus deemed worthy of protection.

The term and concept of reputation, a key aspect for trademark law, relates to the widespread recognition and knowledge of a mark owing to its popularity. While traditionally trademark law has been territorial, it is however that with digitalization and the boom of e-commerce, territorial boundaries are washing away. Thus, reputation of a trademark is not anymore strictly restricted to the place from where it originates but has transcended across barriers.

It is known that brand owners and right holders take a lot of effort in protecting, building, promoting and advertising their brands to lay the foundations of their businesses and such efforts indeed warrant protection and recognition. In this context, there is no gainsaying that the Indian judiciary has indeed been rewarding and very hands-on towards countering grave misappropriation of well-known brands, thereby according better protection to foreign trademarks.

Much before the statutory recognition, the courts in India considered and decided on the concepts of dilution and tarnishment of trademarks. There is a series of cases in India where, despite lack of actual physical presence, trademarks have been held to have acquired trans-border reputation and thus deemed worthy of protection.

In fact, it was in the year 1988 when dissenting from the English law laid down in Budweiser, the Bombay High Court in Kamal Trading Co. v. Gillette UK Limited restrained the use of the mark 7 O’Clock for toothbrushes owing to the extensive reputation of the respondent’s mark 7 O’Clock in respect of razors and shaving creams. The court, expressing its dissent, indicated that goodwill and reputation does not stand extinguished merely because the goods were not available in the country. Acknowledging that trade has spread all over the world and transportation of goods takes place very rapidly, the goodwill acquired by a manufacturer cannot be restricted, where specifically the goods though not available are widely advertised in newspapers, periodicals, magazines and in other media.

When dealing with issues of trademark matters with respect to foreign entities, the Indian judicial approach has been in line with the liberalized economic policies initiated in the 1990s and also keeping in tandem with its compliance towards the obligations under the TRIPS agreement.

This proactive approach can also be seen from the case of William Grant & Sons Ltd. v. McDowell & Co. Ltd.(1994), where while the marks in question were completely distinct, i.e. McDowell’s single malt whiskey on one hand and Glenfiddich on the other, the Delhi High Court remarkably observed that Glenfiddich had attained trans-border reputation in India after taking into consideration that not only were there advertisements having circulation in India, but also that the Glenfiddich whiskey was available at duty free shops in India. An interesting point to note was that since whiskey is a potable product, its label, being a distinctive feature and inseparable to the reputation of the mark, if copied, would injure the reputation associated therewith and thus likely to be diluted if misused.

Soon after and amongst the first to formally lay down the foundation of trans-border reputation was the landmark and much celebrated case of N.R. Dongre v. Whirlpool Corporation (1996). The respondent, a multinational company of the United States had a registration for the mark Whirlpool in the year 1956 for washing machines, which lapsed in 1977 due to non-renewal. In the year 1992, the appellant dishonestly got a registration for the trade mark Whirlpool viz., identical goods, i.e. washing machines.

Considering and deciding on the issue of passing off, the court was of the view that owing to long prior use, extensive sale, customers in India and advertising, the brand Whirlpool had acquired trans-border reputation in the Indian market and the relevant section in India associated this mark solely with the respondent. It was also opined that the appellant had no justifiable reason for adopting an identical mark for identical goods, except for wanting to trade upon the reputation of the respondent and thus the adoption at its very inception was dishonest.

The court went on to hold that knowledge and awareness of a trademark with respect to a trader is not restricted only to people of the country where the goods are freely available but the knowledge awareness of the same reaches even the shores of those countries where the goods have not been marketed. It was the dissemination of knowledge of trademark in respect of a product through advertisement in media that amounts to use of the trademark whether or not the advertisement is coupled with the actual existence of the product in the market.

Crystalizing this law, the Supreme Court in Milmet Oftho Industries & Ors. v. Allergan Inc.(2004), analyzed the question of whether a foreign manufacturer had the right to restrain use of the mark outside the country and noted that the appellant had acquired substantial worldwide reputation in the name Ocuflox, and sincethe respondent were prior users of the mark globally, the ultimate test should be who is first in the world market.

In a different light, however, the Supreme Court in 2017 in its decision of Toyota Jidosha v Prius Auto Industries Ltd & Ors (2017), involving the dispute of use of the well-known mark Prius by the respondent in its corporate name, decided in favour of the respondent after weighing that the appellant’s Prius car model did not have the necessary reputation and goodwill in India at the time (2001) when the respondent first used it in its corporate name. While noting that Prius as a trademark had undoubtedly acquired significant goodwill in several other jurisdictions of the world, the court opined that advertisements in automobile magazines and international business magazines, and the availability of data on information portals and the internet were not enough to hold the necessary goodwill and reputation of products in India at the relevant time, particularly considering that exposure in the year 2001 was limited.

Nevertheless, ever since the beginning of the concept of trans-border reputation, tracing a trajectory from Whirlpool to Prius, the proposition has been that in order to have reputation, goodwill and customers in India, it is not necessary for the goods to be actually available in the market. The Indian judiciary has been forthcoming, liberal and very understanding of the intellectual property rights of brand owners.

In the international paradigm, the English law continues to create a distinction between reputation and goodwill, where goodwill has largely been based on the localized nature of business in its jurisdiction, and the American law, while recognizing the famous mark doctrine, has been strict enforcers of territorial nature of trademarks.

As can be seen from the enforcement regime in the United States, and of the very recent Bukhara decision involving ITC and its Bukhara mark, the U.S. courts, in absence of Bukhara’s registration and/or its use in the United States, ruled that the mark had no rights in the country. Denying an injunction to ITC, the court ruled that the famous mark doctrine was not an exception to the territoriality principle. Clarifying on the context of fame required for protection of foreign marks, the court remarked that it did not recognize the famous or well-known marks doctrine and affirmed that when the business possess goodwill or commercial advantage in the specific territory where rights were claimed, only then such goodwill could be protected.

Similarly, in the UK, the recent Starbucks decision re-emphasized the territoriality of trademark rights and the distinction between goodwill and reputation. The court opined that to establish goodwill, reputation wasn’t enough and simply basing a passing off action on the reputation would amount to over-protectionism. Further reasoning that goodwill is of paramount importance and a necessary element of the trinity test of passing off, the court stressed that it had to be satisfied that the claimant’s business had goodwill within its jurisdiction.

Thus, the line of action and process followed by Indian courts on the protection of foreign marks indicates a positive departure from the English and American approach. While the international regimes are attempting to strike their balance between protectionism and over-protectionism, the actions of the Indian judiciary have been laudatory, which are reflective of the flexible stands taken by them and affording foreign well-known trademarks their due recognition against misuse and unscrupulous infringements.

Quite relevant, in today’s day and age, the commercial world is not restricted and confined by geographic limitations. The globe has indeed become smaller, viz., economies opening up, transportation and travel becoming sophisticated and more accessible, channels of trade attaining flexibility and the like, and as a natural consequence, recognition of brands has and must be expanded in the coming future.

Mr. Chaudhry is among one of the most “pre-eminent names” in Intellectual Property Laws in India and Managing partner of the leading law firm Rahul Chaudhry & Partners (previously known as “Lall Lahiri & Salhotra”), which he joined in the year 2004 and has been at the helm of the firm's entire practice since July 2007. Mr. Chaudhry went on to acquire 100 % ownership rights of the firm on March 31, 2013.

Mr. Chaudhry is an extremely client-focused and adaptable leader providing high level strategic guidance. He considers business sensitivities and goals while crafting comprehensive intellectual property protection and enforcement strategies, both short and long term, so that clients can secure and maximize the value of their critical IP assets.